Connie Almony is trained as a mental health therapist and likes to mix a little fun with the serious stuff of life. She was a 2012 semi-finalist in the Genesis Contest for Women’s Fiction and was awarded an Honorable Mention in the Winter 2012 WOW Flash Fiction Contest. Her novel One Among Men was inspired by her time running an all-male dorm. Enjoy! 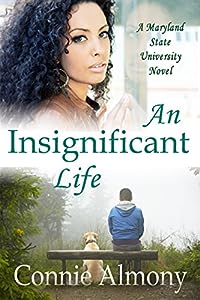 She is drawn to those who might bring meaning to her world, only to find her past choices could have destroyed the one man who would truly love her.

Tiffany Lundgren is looking for significance in the world of academia, beyond being a visual distraction for men to ogle. But something stands in her way. When she removes the impediment that threatens her professional career, her world spirals deeper, and she discovers the things she once believed brought her strength, have only hardened her on the outside, leaving her insides empty.

Adam Grant, the K-9 campus police officer, wants to be taken seriously in his profession. But after having been purposely left out of the previous undercover investigation, he wonders if his new relationship with the liaison from the Maryland Drug Task Force Initiative will be an open one. Especially since he once tried to date the man’s wife. But as the drug trade heats up in the dorms, and lives are being threatened, Adam resolves to get to the bottom of the problem, even to the point of involving his former-drug-dealing pastor. Will his deeper commitment endanger the woman he’s come to love? Todd Watson is nearing a year of sobriety, determined to turn his life around, but will he always have the reputation as a drunken rich boy? He sets out on his own to discover who is sabotaging the buildings, because no one will believe his theory. He is constantly reminded of his depraved past by his fellow resident assistant, Alexa Woo. But is her bitterness toward him due to what she won’t forget… … Or what he can’t remember? 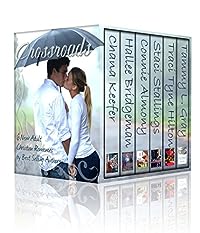 Six clean-read New Adult contemporary romance novels by Amazon best-selling Christian authors (including USA Today best-selling author, Staci Stallings) in one collection. Prepare to go on a journey to the crossroads, where pasts fall away and new lives begin. There will be romance, suspense, and real issues facing women today.

ONE NIGHT WITH A ROCK STAR, by Chana Keefer It’s Anne of Green Gables Meets Rattle & Hum. Worlds collide. When Esther was a young teen with frizzy hair and too-skinny legs, Sky’s music soothed her through awkwardness and pain. During the Glam-Rock 80s, Esther is a College Journalism student and fledgling Print Model. One chance meeting with her Superstar crush rocks both their worlds. Will Esther’s deep roots in Family and Faith keep her feet on the ground when a tornado named Sky blows her world apart?

CHRISTMAS STAR SAPPHIRE, by Hallee Bridgeman Madeline Viscolli meets Joe Westcott during a campus ministry meeting as she begins graduate school in Alabama. Joe’s personal rule of not dating students starts to fade until he discovers Madeline’s destiny lay in running her father’s massive corporation. After rejecting wealth and all its trappings, Joe struggles against the attraction he feels for Madeline. Madeline knows she loves Joe but is not willing to throw away her destiny of taking over the helm of Viscolli Enterprises. A Christmas Eve funeral washes all Joe’s plans away. Will their love succumb to the rising tide caused by their differences in lifestyles, or will raging seas calm and allow them to sail off into the sunset?”

ONE AMONG MEN, by Connie Almony Samantha Hart’s job requires she live with 500 hard-partying college guys. She can handle the 499, but it only takes one to lead her to danger. Though Samantha wants to find godly purpose in her life, she is forced to take a position as a resident director of an all-male party dorm at Maryland State University, essentially babysitting pampered party boys rather than changing lives. What she doesn’t expect is to fall for the engaging undergrad who seems to be helping her on the sly. That is when he isn’t hanging out with the resident drug dealer.

PRINCESS, by Staci Stallings (USA Today Best-selling author) When Heather Nolan learns she will no longer be able to pursue her college degree unless she finds a job, she is so desperate for funds, she takes a job tutoring the college’s all-star basketball player, Anthony Russell. She hates him. He hates English. But all is not as it seems as both of them will soon come to understand…

HARD TO FIND, by Traci Tyne Hilton Isaac Daniels screwed up his romance with Jane Adler, and then a few more. Starting over at a Bible School in Sweden probably wasn’t the best idea. Especially when he manages to lose the pretty girl with the big green eyes, her crazy sister, and his boss’s diabetic nephew. If he can find the missing students, he can probably keep his job, but the real risk in this hunt is losing his heart.

SHATTERED ROSE, by Tammy L. Gray Avery Nichols knows how to wear the mask. Perfect student, perfect daughter and perfect friend. Nobody would ever guess that inside Avery is a prisoner to her own self-loathing. Then she meets him… and everything changes. Handsome, charming and self-assured, Jake Matthew sweeps Avery off her feet in an effortless fashion. Avery knows that Jake is everything she needs and all she has ever wanted. She would destroy herself to be loved by him… until he walks away. Broken and lost, Avery meets Parker. His genuine, caring nature reaches past the mask and the shattered pieces of her heart slowly begin to heal. But just when Avery starts to feel whole again, she faces the impossible truth. Jake never really left. 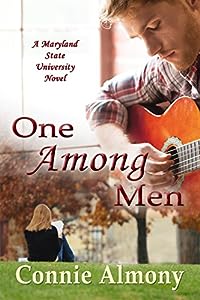 She applied to run the all-female dorm at Maryland State University. Then why must she live in the all-male dorm instead???

Samantha Hart wants to find Godly purpose within her new Christian faith, like her missionary best friend, but is forced to take a job as the resident director of the all-male, Calvert Hall, where she gets to baby-sitting pampered party boys, rather than change lives. Facing the typical challenges of her position, such as sexual assaults and drug use by residents, and those unique to being a woman, she leans heavily on her faith. She must also gain respect from young men who view her as a sex object — one of whom is stalking her — while guarding against the campus serial rapist. It doesn’t help that her boss treats her like an imbecile. So why did God put her here when her experience was with women’s issues and she’d applied for the all-female building?

Chris Johnson, a rock guitarist who is returning to school as a music major, is intrigued by the resident director and the faith she shares with her muscle-bound resident assistant from “the hood,” nick-named Preacher. While Chris observes how they act on their beliefs, he is drawn into a relationship with a ruthless supplier of the on-campus drug trade. While observing Sam’s care of students who don’t deserve her efforts, Chris assists her on the sly. Can he manage his two worlds without risking Samantha’s life?

From the author of “At the Edge of a Dark Forest.” Contemporary Christian Romantic Suspense / Women’s Fiction Though this work is set at a completely FICTIONAL campus, “Maryland State University,” a portion of current author income from it will go to Campus Crusade for Christ (Cru) at University of Maryland College Park. 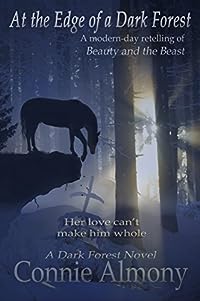 At the Edge of a Dark Forest: A modern-day retelling of Beauty and the Beast
Connie Almony

Cole Harrison, an Iraq War veteran amputee, wears his disfigurement like a barrier to those who might love him, shielding them from the ugliness inside. He agrees to try and potentially invest in, a prototype prosthetic with the goal of saving a hopeless man’s dreams. Carly Rose contracts to live with Cole and train him to use his new prosthetics, only to discover his dark world of alcoholism and PTSD. Can Carly help him fight this war and discover the man he is destined to become? At the Edge of a Dark Forest is a modern-day retelling of Beauty and the Beast. Only it is not her love that will make him whole. 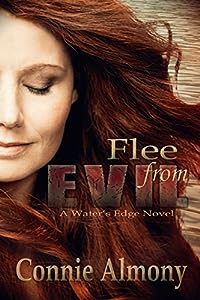 A pastor with a past uses his underworld connections to try and save the child of the woman he wronged many years ago. “Flee from Evil” is not just a romance. Not just suspense. It is a gripping story that touches every emotion while dealing with issues pertinent to today’s Christian…

Pastor Vince Steegle thought his destructive beginnings were ancient history, but the ramifications of his prior choices just walked in the door of his church. Is Romans 8:28 really true? Can God make all things good? Or is Vince’s past just too ugly? After the death of her much-beloved husband, Cassandra Whitaker is grasping to maintain security for her children. One, a teen teetering on the cusp of womanhood. The other, a young boy struggling with autism. But there are those who seek to destroy them. Can Cassandra keep her family safe, or must she flee from evil? Why does Sophie feel impending doom? Maybe it has something to do with the dream she’d just had. It wouldn’t bug her if it wasn’t so similar to the one she’d had before her dad died. Or could it be the secret she suspects her mother holds tight? The one that might undo her. If only Sophie could protect her little brother from all the turmoil. At least she has Sky, the guy whose attentions will take her mind off her troubles. Or does he bring trouble of his own?