Deeper Than It Looks

I am pretty sure I got red carded by the mom referee last night. I was making dinner last night while the boys were on the other side of the counter chatting it up with me. The horror began when I sliced through what appeared to not be a bell pepper. Nope..not the bell pepper, but my finger. The language I used was certainly unbecoming of a lady. I think truckers would have blushed come to think of it. I also screamed about how I hate cooking, “SOOO BAD!” This is not how I am going to encourage my youngest basset to become a chef. With the blood pouring from my hand (actually it was one drop that hit the floor) I jumped around and ran in circles. Bonus though, that counts as cardio for the day. My oldest ran to grab a band-aid and was prepared for the worst when he grabbed my finger to wrap it up. He was unimpressed when he saw the cut. I just don’t think he understood the magnitude of the cut. It may have been small, but it still hurt like heck. Kids these days just don’t get it. I blame video games for his jaded thinking. Even though they only play Mario Cart and other non-violent games. I can still blame the games if I want to. My finger still hurts…ouch. 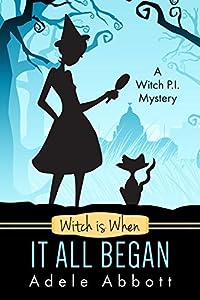 Witch Is When It All Began (A Witch P.I. Mystery Book 1)
by Adele Abbott

When the going gets tough… Private investigator, Jill Gooder, has been hired to find a serial killer because, as usual, the police can’t buy a clue. Jill, the not so proud owner of a crazy, one-eyed cat, probably can’t expect too much help from her PA/Secretary, Mrs V, who spends all day knitting.
And just in case all of that wasn’t bad enough, Jill’s just about to discover she’s a witch… break out the custard creams. 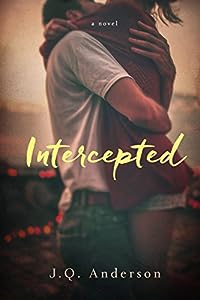 Meet Jake and Natalia.
Jake was once a water polo Olympic Gold Medal Winner.
Now he is an Escort. The lucky few women he selects as clients pay small fortunes for a weekend with Jake.
Natalia just graduated from culinary school in Buenos Aires. She works the ski season in Aspen. She needs the money.
The moment they meet a sudden attraction grips them.
It can’t be: She’s engaged. He’s a hooker.
A story about passion, deception and what lies hidden in the darkest corners of love. 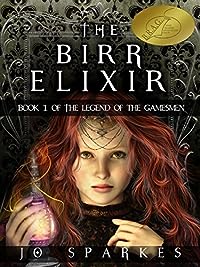 When a young apprentice makes a mysterious elixir from a recipe in an old book, she’s suddenly the talisman for a daring Gamesman – and the weapon in the conspiracy against a prince.

Marra never heard of Birr Elixir. But when Drail sees the potion in her dead mistress’s book, she agrees to make it. Even lacking the right ingredient.

And after drinking it, Drail and his men defeat a Skullan team – something no one has ever done before. Marra is offered a place as his traveling potions mistress. Full of doubts of her own ability, she takes the chance to escape her slave-like existence.

Then her potions woke a man who was not supposed to wake.

Now every day draws more attention from the True Masters. And their motives – and morals – are not for the faint of heart.

If they discover the truth… 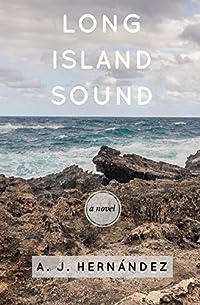 Set in the angst and sprawl of teenage suburbia, Long Island Sound tells the story of Cal, his journey through high school,and the lives that intersect with his along the way. Of Celia, who dreams of escaping a life she never had any say in. Of Sharon, whose past holds dark secrets with wounds that don’t heal. And of Devon, Cal’s best friend, whose obsession with the true nature of their seemingly idyllic town drives them into fulfilling a childhood promise before it’s too late.

Both an homage to and upending of the classic coming-of-age high school narrative, Long Island Sound delivers a poignant, riveting vision of the alienated world we’ve erected and imposed over Nature. Grand in scope and intimate in detail, it is a story of dreams and nightmares; of hope and memory; of longing and nostalgia. 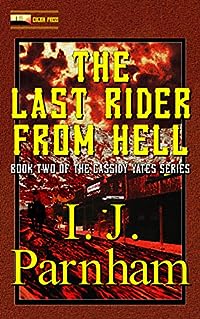 The Last Rider from Hell (Cassidy Yates Book 2)
by I. J. Parnham

Staked out under the baking heat of the desert sun by Frank Chapel’s riders from hell is no way for any man to die. Only someone as resilient as Matt Travis had the courage to endure the heat and the vultures and survive. When finally he manages to escape a gruesome death only one thing is on his mind – revenge.
But his memory has been blasted to oblivion and he is even unsure of his own name. All he knows is that everyone wants him dead!
Justice must be done and Matt will be judge, jury and hangman. First, though, he must face up to the truth of his past and, that accomplished, lead begins to fly.