A Good First half

I woke up this morning feeling guilty about all the delicious chocolate and cakes I ate, and thought to myself that I am going to eat healthy and cleanse my body of all that sugar. It only took one tiny whiff of the homemade banana bread and I am screaming about living my life to the fullest and loving my body just as I am. I didn’t even make it half a day people. 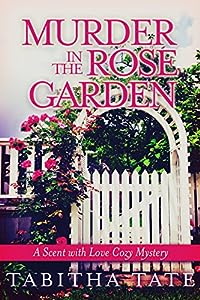 Beth can hardly wait to wrap up her late mother’s affairs and get out of Bartholomew Bay, the idyllic seaside town, riddled with gossip, drugs, lies and terrible secrets…

When her mother passes away under mysterious circumstances, Elizabeth Andrews suspects foul play and sets out to uncover the truth.

As if having a murder to solve, wasn’t enough, Beth also has to fight to save her inheritance — a struggling flower shop. Not everyone is pleased to have her snooping around town, least of all her mother’s cheating boyfriend. Now, to save the flower shop and restore her mother’s legacy, Beth will have to catch a killer, with the help of Chase Crawford, the handsome private detective that makes her weak at the knees… 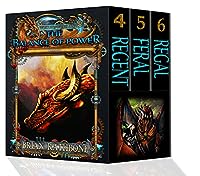 The Balance of Power: Epic Fantasy with Dragons (The World of Godsland Bundle Series Book 2)
by Brian Rathbone

The Balance of Power trilogy is the second trilogy in the World of Godsland fantasy series.

In the years since the end of The Herald War, the world has become complacent despite Catrin Volker’s warnings. When the darkness of her visions comes to pass, no one is prepared, and the fate of humanity will rest in her hands. 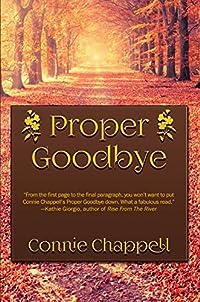 Beebe Walker’s life changes when she learns about a secret buried in her father’s cemetery. The secret revolves around the burial of a homeless woman and, eventually, draws her home to Larkspur, Michigan, to renew a relationship with her father, Cliff.

Months earlier, Cliff stood back from that sparsely attended funeral, unaware the woman’s passing made him a widower. Cliff, devoted caretaker of the cemetery, doesn’t know he’s tending to his wife’s grave. Beebe must find a way to tell her father that the homeless woman was misidentified. In reality, she was the wife and mother who abandoned them decades before.

Oddly enough, the first person Beebe meets upon her return is a young man who’s new in town. Yates Strand is also chasing the secret behind the homeless woman. He has another story to tell. 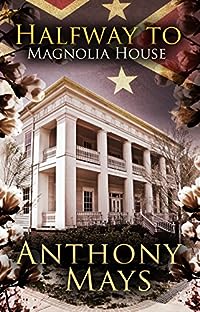 Laura Wingate’s life in New York City was falling apart. The man she wanted to marry could not commit, and her job as a museum exhibitions manager was growing stale. Needing to reexamine her life, she packed up and temporarily returned to Magnolia House on the outskirts of Alexandria, Louisiana. A place she had shared many happy days with her grandparents.
Along the way, Laura met Kendrick Reynolds, a Hollywood Director, and learned he was preparing to direct a movie, in and around Alexandria, based on the American Civil War’s Red River Campaign. She soon became enchanted by Kendrick, but a forgotten high school classmate competed for her attention, putting Kendrick in danger.
With film production underway, Laura became intrigued by the historical events of 1864, and the rumors about Magnolia House’s involvement with the Underground Railroad. An artifact she discovered in the attic suggested the rumors were not unfounded, but she could not decipher its meaning. When her two suitors accidently stumbled across the evidence she was looking for, they put aside their differences, and made a pact to keep it from her. Little did she suspect, the past was going to collide with the present and change her forever. 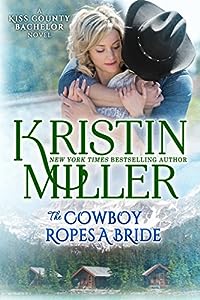 With a breakout movie role and a reputation for being sexy, stubborn, and hard-to-control, actress Tessa Grant has quickly become Hollywood’s hottest “It Girl”. When an embarrassing public breakup with her manager causes her upcoming movie deal to shatter, Tessa heads to the reclusive Kiss and Tell Mountain Retreat, where no one will know her name.

Old-school cowboy Channing McCord is determined to live a quiet, simple life. Saddled with debt after a nasty divorce, McCord Ranch is the only thing he has left. Although Channing has sworn off women, the scorching-hot city girl he finds poking around his ranch is a temptation he can’t resist.

Comforted by the fact that Channing doesn’t know her true identity, Tessa lets her guard down, and opens her heart. Their passion blazes hotter than the summer sun, but he’s tied to the ranch, and it’s clear she doesn’t belong in his world. When Tessa is offered the role of her dreams, she must decide whether to brush the dust off her career and head back to Hollywood, or stay with the cowboy who roped her wild heart.