My little crafting project isn’t turning out quite like I had expected, but still a fun little thing to do. I am making mason jar herb gardens. I am taking a mason jar, painting it with spray paint made for glass, adding a few rocks on the bottom, and filling the rest with soil. I haven’t figured out the seed part yet, and I still need to decorate the outside a bit using stencils, but that part is developing as I test out different ideas. The funny part is I don’t even really want the final project. I just saw a little How To video come up on my Facebook page and thought it looked like fun. I am just going to donate them to the Garden Club at my baby basset’s school and let them sell them to raise money for the garden program. It’s really perfect. I get to play with the paint, and the garden gets a few dollars. I will post pictures as soon as I have something to show. 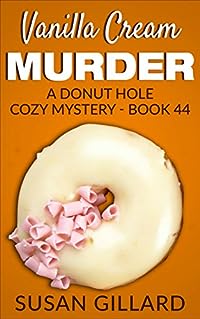 When Heather Shepherd starts another donut-filled week she doesn’t expect to see Roadkill Rodney in her store and is pleasantly surprised at the friendly face.

But surprise turns to horror when Roadkill knocks on her door in the middle of the night and reveals that he’s just found his new girlfriend, Norma, dead in her store. Heather can’t help but investigate once again and is drawn into a mystery with so many loose ends she struggles to pull it all together. She sets out to solve the case with her best friend and co-investigator in tow, a box of Vanilla Cream Donuts to sweeten the deal and her unending desire for justice. But things are never simple in not-so-sleepy Hillside, where the suspects are many and the evidence, this time, is few. Apart from a curious murder weapon and a partial print, Heather, Ames and ever faithful hubby Detective Shepherd are in the dark.

Heather has to get to the bottom of this one or the killer may strike again and much closer to home. 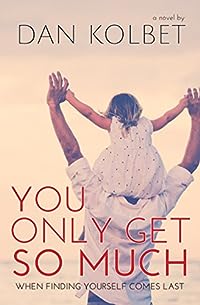 You Only Get So Much
by Dan Kolbet

When Billy Redmond returns to his hometown to attend his brother’s funeral, he’s hoping for a quick trip. No reason to stay for more than a few hours. He’s been in self-imposed exile from his family after a tragedy 12 years ago. It’s better this way. He can’t harm people he never sees.

Billy soon finds that his family isn’t better off without him, in fact he’s the only one who can help them. Billy is forced to fight through his tormented past to make a better future for those he loves. He is guided on this journey by a woman from his past, who he quickly realizes was the one who got away.

For Billy, it’s more than a second chance, it’s his last chance to get it right. 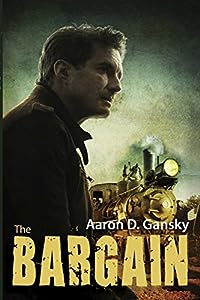 The Bargain
by Aaron D. Gansky

One man stands between a destitute town and total destruction.

Ten articles in eight days is a tall order for any journalist, even for Polk Award winner Connor Reedly. But with a dying wife and an empty bank account, the promised payment of $250,000 is hard to turn down. More so, his enigmatic employer, Mason Becker, has insinuated Connor’s acceptance of the job will result in a supernatural healing of his beloved wife.

The people of Hailey, California–the subjects of Connor’s charged articles–are a secretive group, not willing to open up to strangers. When shots are fired and Connor is running for his life, he demands Mason answer his questions: Why are the articles so important? Is anyone going to publish them? Where is the money coming from? How can he be so confident that the completion of the articles will heal his wife?

Nothing in Connor s vast journalistic adventures–not Katrina, not September 11th, not even his first-hand experience in the genocide in Darfur–could prepare him for the answers Mason gives. Now, it seems, the lives of everyone in Hailey — including his wife’s — are in his hands. 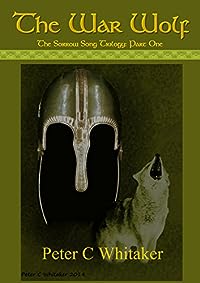 The War Wolf recounts the opening battle of 1066 as King Hardrada of Norway out manoeuvres King Harold of England by landing the largest Viking army ever to set foot in the north of the kingdom. His objective is to capture York, the capital of Northumbria, and in this he is aided by Tostig Godwinson, the traitorous brother of the King of England.

Unaware of the coming danger Coenred the Huscarl, an elite warrior of the Saxon army, considers retiring to his estate. His relationship with his young lords, Edwin and Morcar, has become strained and although in the prime of life he tires of following the way of the sword. In York he meets the beautiful young widow Mildryth who comes to him seeking protection, she has a presentiment that the shadow of her husband’s murderer Tostig Godwinson will fall upon her again.

As Coenred looks to choose the life of a theign on his farm in Holderness news comes of a massive Viking fleet sailing up the River Humber, bound for York. 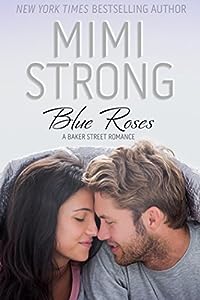 Tina meets Luca when he walks into her flower shop to buy flowers for a woman he’s made angry. When he comes in the second time, he needs more apology flowers, but for a different woman.

Luca is opening a garage down the street, and seems like the answer to Tina’s wildest dreams. He’s tall and handsome–a real man compared to the boys she’s dated in the past. Even though he makes her heart race, she refuses to date him, because she’s still grieving over a loss.

Not one to give up easily, Luca pursues Tina’s heart. With the help of Tina’s sister, Luca sells out all the flowers in the shop, so Tina is forced to take a day off work.

The pair go on one date together, and then another, growing closer. The dates are romantic and sexy. They seem perfect for each other. But when Luca starts asking too many questions, everything falls apart.

Finding their way back to each other will require forgiveness, love, and maybe even a twist of fate.

Each book in Mimi Strong’s Baker Street Romance series is a stand-alone, complete book, focusing on one couple. The stories are linked and may be read in any order. BLUE ROSES is the first book in the series.