Get The Band Together

The nice thing about routine is everyone knows when things are going to happen and they feel secure. The bad thing is everyone knows when things are going to happen and if I don’t do it when they are expecting because maybe I just want to sit a relax for once, then they all lose their minds and start screaming. I’m going to start a band called The House Pets. The lead singer for sure is my kitty, Sinny. He can’t carry a tune, but he can sing for a long long long time. His back-up singers are the guinea pigs for sure. Those two can squeak in sync with each other with remarkable accuracy. My sweet pup is the roadie. He doesn’t sing much unless he hears a firetruck, but the guy is right there supporting the others. Good for you pup! Way to be there for your buddys. 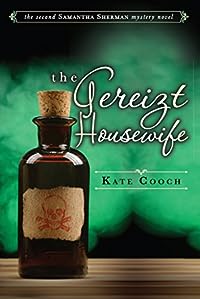 “Marriage is an adventure, like going to war.” G. K. Chesterton

People always used to tease Samantha Lee Sherman about how “the civil war must rage in your marriage” because of the juxtaposition of her maiden name Lee with her married name Sherman. However, since Sam solved a couple of murders (in “The Happy Housewife”) it was not just a joke anymore. Her new confident self was coming in increasing conflict with her old husband.

In an effort to work on her marriage, Sam travels with her husband Doug to Zurich, Switzerland on his work trip. But crossing the Atlantic only seems to multiply the Sherman’s problems. On their first day in Switzerland, Sam witnesses a murder.

Sam cannot resist the pull of a challenge and finds herself battling old money, UN hierarchy, and a cynical reporter as she wades into a new case. While she is running through a garden maze and figuring out what happened years ago in Congo, she is also enjoying and fighting fantasies of a handsome detective while trying to find a killer and fix her marriage.

“The Gereizt Housewife” is the second book in the Samantha Sherman mystery series. This time Sam is gereizt, “irritated” in German, and must use her self-education, curiosity and pluck to track a killer and moved forward with her life. 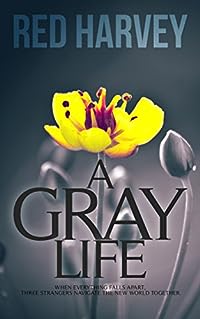 A Gray Life
by Red Harvey

When the city falls apart, and humans become something other, three people fight to survive the New World.

Juniper Jones is an empath with a past full of love lost and death. When the city starts to crumble, she feels at home in the darkness. Her job as a prostitute makes for easy living, as she can anticipate her client’s emotions. She never imagines using her abilities to help anyone, until she meets Ashley Heard.

Ashley witnesses her father’s murder at the hands of home invaders and is forced to flee a decaying city. When she meets Juniper, she has no choice but to follow the only adult who hasn’t yet tried to kill her.

Meanwhile, a twelve-year old boy chronicles his experiences as a captive in a deranged man’s basement, all the time wondering about the fate of his friend, Ashley. Together with other captives, he plans an escape. However, once Outside, the survivors encounter monsters of a different kind.

Despite their hellish surroundings, three people manage to briefly connect in their efforts to navigate a strange and harsh New World. 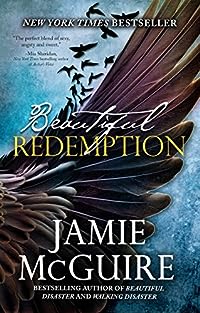 If A Maddox boy falls in love, he loves forever. But what if he didn’t love you, first?

No-nonsense Liis Lindy is an agent of the FBI. Deciding she is married only to her job, she breaks off her engagement and transfers from Chicago to the field office in San Diego. She loves her desk. She is committed to her laptop. She dreams of promotions and shaking hands with the director after cracking an impossible case.

Special Agent in Charge Thomas Maddox is arrogant, unforgiving, and ruthless. He is tasked with putting away some of the world’s toughest criminals, and he is one of the best the Bureau has to offer. Though, as many lives as he’s saved, there is one that is beyond his reach. Younger brother Travis is faced with prison time for his involvement in a basement fire that killed dozens of college students, and the media want a conviction. Travis’s only savior is his unusual tie to the mob. In a deal that will spare his brother, Thomas has agreed to recruit Travis into the FBI.

Liis is stubborn, defiant, and yet somehow softens Thomas’s rough edges, making her the perfect agent to accompany him to the ceremony. Posing as a couple, they must travel to Travis & Abby’s beach vow renewal and give him the news, but when the pretending ends, she finds herself wondering if they were pretending at all.

In the second installment of the Maddox Brothers books, experience firsthand the mysterious world of the elusive Thomas Maddox, and how good love can be when you’re not the first, but the last. 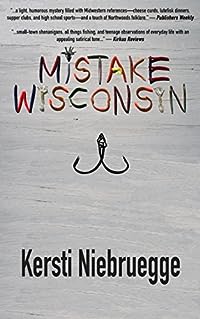 Twenty-four musky-shaped mailboxes are missing in the small town of Mistake, Wisconsin. One crooked politician blames the local teenagers, but sophomore Megan Svenson smells something fishy — and it’s not just her job at Brabender’s Bait, where she runs into three out-of-towners visiting for musky fishing Opening Day. The sheriff is hot on the trail of the mailbox thieves, but Megan suspects she’s the only one who can exonerate her classmates. With a little creative thinking, Megan is determined to save Mistake’s beloved fishing holiday in this humorous tale of the eccentric Northwoods. 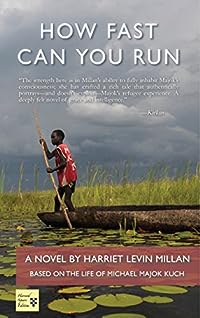 How Fast Can You Run
by Harriet Levin Millan

Set across a backdrop of refugee migration that spans East Africa, the US and Australia, How Fast Can You Run’s story of “Lost Boy” of Sudan Michael Majok Kuch unfolds with equal measures of inspiration and heartbreak. Five-year-old Majok wakes in the middle of the night to his burning hut and flees from the soldiers torching his village in South Sudan. He gets separated from his mother and begins a ten year journey, trekking through war zones and living in refugee camps, until he receives political asylum to the US.

Majok, now Michael, is given a new start in the US. Yet his new life mirrors his migrant life as he faces discrimination once again, and ultimately betrayal.

This extraordinary novel, chosen as a 2017 Charter for Compassion Global Read and now a Foreword Review Book of the Year finalist, is in the words of Mukoma Wa Ngugi, “a beautiful and crucial story told by two people, one Sudanese with dreams of independence, the other, an American poet who listens to Michael Majok through her imagination… reminding us that the most human of all activities, the one thing that binds us all, is finding beauty even in impossible situations.”