Fans of Fantasy are sure to love this action-packed collection from award winning author Debra Kristi. Each book in this amazing collection will keep you on the edge of your seat, quickly turning the pages to see what happens next. For the first time ever, Becoming: The Balance Bringer, is on sale. Grab it quick before the price goes up! 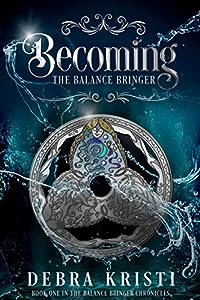 Ana still blames herself for her boyfriend’s death two years prior. Now, what she thought were mere dreams are starting to enter her waking life.

As Eerie shadows hunt Ana, strange new abilities develop. Her dream guy becomes reality, and Ana is becoming something… other.

Ana feels like she’s becoming something beyond human, or maybe she’s just going crazy. But there’s no one for her to turn to. Her mother and her best friend are keeping a dark secret about who Ana really is, a secret that could restore the balance between worlds or hurtle them deeper into darkness.

Ana is not only discovering the world is far stranger than she ever expected, but that its survival is dependent on her. But for there to even be a glimmer of a chance at salvation, she must make it alive to the home she’s never known.

If you devoured the Mortal Instruments series you’ll love this award-winning, action-packed, romance-touched, coming-of-age adventure told from the point-of-view of a confused and unreliable high-school senior.

Buy Becoming: The Balance Bringer and plunge into the secrets of the triune today! 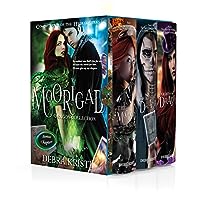 When Kyra, the Moorigad dragon-shifter, unwittingly finds herself at Mystic’s Carnival, a supernatural world between realms, she believes her runaway days are finished.

Amidst the carnies and never-ending magic, she begins falling for her all-too-secretive best friend, Sebastian. And as she delves deeper into his mysteries, her goodwill sabotages their future and her very existence.

In this action-packed, paranormal fantasy romance about two coming-of-age would-be lovers, Kyra and Sebastian’s union and strength of character will be put to the ultimate test. The stakes? Everything and everyone that ever mattered to them.
…
The Complete Age of the Hybrid Series:
The Moorigad Dragon
Reap Not the Dragon
Plight of the Dragon
Plus five additional bonus chapters 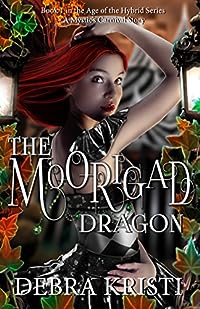 To be a dragon-shifter in a world that has written your existence off as a legend is hard enough. To be a hybrid dragon-shifter is everything fire and ice wrapped up in dragonet angst… While hiding from her family and struggling with a life changing decision, runaway and hybrid dragon-shifter, Kyra the Moorigad finds herself falling for her all-too-secretive best friend, Sebastian. A man for which her dragon lineage would never approve.

Delving deeper into Sebastian’s mysteries, Kyra’s goodwill sabotages their future when she saves the wrong man, forcing herself into a protective bond with a dangerous and provocative stranger. Before long Kyra is locked in a battle for her mind, body, and soul. Can the power of the Moorigad dragon-shifter keep the provocative stranger alive and salvage her relationship with Sebastian without losing herself or worse?

This is the FIRST BOOK in the Upper Young Adult Paranormal Romance: (Moorigad) Age of the Hybrid Series.
Some violence, language, and sexual content. Not suitable for all young carnies. 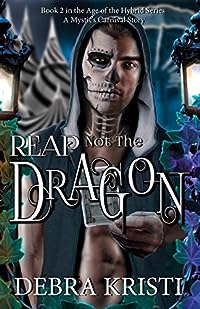 Reap Not the Dragon: (An Urban Fantasy / Paranormal Romance Series) (Age of the Hybrid Book 2)
by Debra Kristi

Sebastian is an unwilling Reaper, a youth trapped beneath his father’s rule, forced to learn the family trade. At his father’s side is the last place he wants to be. The woman he loves needs him, even though she doesn’t know she’s in need. Kyra lost her memory, forgetting her life at the carnival and her relationship with Sebastian. She doesn’t even know she is supposed to be a dragon-shifter. Instead, she’s playing house with the enemy.

Sebastian will stop at nothing to rectify Kyra’s situation. He’ll go up against creatures from Hell, his father and the man’s band of Reapers, as well. He’ll even venture into the heart of an all-powerful fire demon. Nothing is too dangerous when it comes to saving the woman he loves. But can he find Kyra’s missing dragon side and the key to her memory without being devoured by sinister beasts or – even worse – consumed by his own inner demons?

This is the SECOND BOOK in the Upper Young Adult Paranormal Romance: (Moorigad) Age of the Hybrid Series.
Some violence, language, and sexual content. Not suitable for all young carnies.

The second book in this action-packed, magical, paranormal romance. 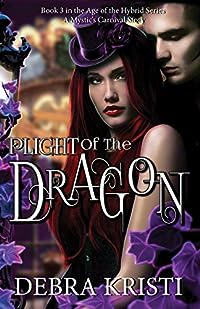 Plight of the Dragon: (An Urban Fantasy / Paranormal Romance Series) (Age of the Hybrid Book 3)
by Debra Kristi

Kyra and Sebastian have again reunited, but their future remains as foggy as the mist around Mystic’s Carnival?uncertain and unpredictable. Fractured and torn, Kyra must restore her dragon-shifter state before her body rejects its divided status.

Mystic’s magic is on Kyra’s side, but the true key to her salvation lies within Sebastian, and for Kyra, he would do anything. Or so he believes. Can he give her up in order to save her? With his father’s crew of Reapers advancing on the carnival, the choice may not be Sebastian’s to make.

This is the THIRD and FINAL BOOK in the Upper Young Adult Paranormal Romance: (Moorigad) Age of the Hybrid Series.
Some violence, language, sexual content. May not be ideal for innocent carnies.

In a magical world where fairy tales are real, when chaos explodes, will dragons stand on the sidelines or align themselves with their daughter, Kyra, in the fight against evil?

The final book in this action-packed, paranormal romance will leave you glued to your seat and burning through the pages, anxious to discover the story conclusion.