This morning I needed a cup of coffee just so I could function enough to work the coffee machine. After I some how managed to actually make my first cup, I was still questioning whether or not I was actually awake. I stayed up way too late with friends watching a a hilarious TV show featuring Eugene Levy and Catherine O’Hara. Anything those two are in I will sacrifice any ability to function the next day for. They are hilarious and I just can’t get enough of them. So while I am miserably sitting here like a lump and certain that an elf will go riding by on a unicorn any second, I think to myself… WORTH IT! 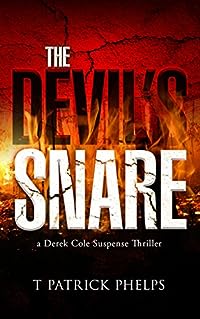 People are dying in the small, upstate New York town of Ravenswood. There’s madness at work; making people do things they normally would never do. Private Investigator Derek Cole believed he was working a case involving arson and a double manslaughter but quickly discovers that a terrible secret is being held in Ravenswood.

And for some, secrets are worth killing for..

Private Investigator Derek Cole, no stranger to difficult cases, takes on the case of Bo Randall, a volunteer fire fighter accused of arson. But the fire his client is accused of starting didn’t just burn a house to the ground; it killed two people.
Now Cole and his team must unravel the twisted mystery behind the fire, uncover the secret the town of Ravenswood is keeping.
But some in the town will do anything to keep the mystery as quiet as a grave. And that gave, shallow and unmarked, may contain an even greater secret.

The Devil’s Snare is a tense, thrilling mystery and is the sixth novel in the Derek Cole Thriller Series. Whether The Devil’s Snare is your first novel by T Patrick Phelps or you’ve read all in the private investigator thriller series, this mystery will keep you guessing right up to the final pages. 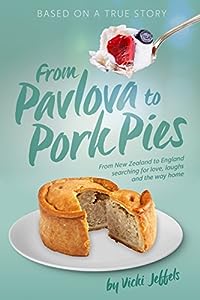 From Pavlova to Pork Pies: From New Zealand to England searching for love, laughs, and the way home
by Vicki Jeffels

“You’ll never find a man to take on another man’s three kids” warns Meg’s Mum on the eve of Meg’s European getaway. But Meg, newly divorced, jaded mother-of-three, does. In the City of Lights, Paris, Meg meets John and so begins two days of romance and an ultra long-distance relationship, from New Zealand to England. After four round the world trips, John and Meg decide to take a chance on making their romance real, and Meg moves to England, accompanied by her three kids – two teens and a tweenie – her pets and all her earthly possessions. Meg’s brave decision is rewarded with a great reunion, exciting career and fantastic expat opportunities for the children. But just as the couple’s relationship deepens, disaster strikes and Meg and the children are threatened by imminent deportation. Meg is thrust into court where she must fight for her health, happiness and her recycled family.

Based on a true story and an award-winning blog, From Pavlova to Pork Pies is a tragi-comedy that will have you laughing and crying at ‘Hurricane Meg’s’ adventures, the family’s determination to stay together and their search for love, laughs and the way home. 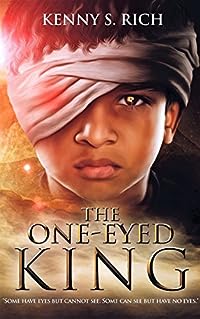 In a futuristic world still reeling from the ashes of protracted nuclear warfare, there are levels to humanity. With the planet’s scarce resources severely depleted, survival of the fittest is once more the way of the world. But when one ruling order decides who is fit, equality is history and oppression is the new normal.

Into this chaotic world hostile to the disabled, a blind orphan boy is thrust. Iori is kidnapped by an unlikely resistance and trained for many years as the ruling order gets closer to discovering their whereabouts. These soldiers literally can’t see and this handicap has become their greatest strength. Not only are their other senses heightened to the point of giving them superior fighting skills, but they also represent the only hope for a human race with a peaceful, true and just vision for the future. As he comes of age, Iori will learn that sometimes, it is necessary to fight fire with fire.

The One-Eyed King delivers a unique vision of a future society that could resemble our own. Inspired by defining works such as The Road, Gone, the Divergent trilogy, and The Hunger Games series, fans of the sci-fi and dystopian genres will enjoy this frantic and frenetic adventure replete with mystery, believable characters of every moral inclination, and unforeseen outcomes. 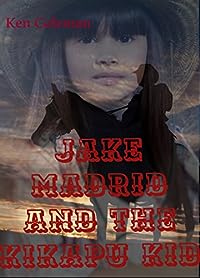 The story of a man, Jake Madrid and the eleven year old girl he calls the Kickapoo Kid after the Kickapoo Indians, also called the Kikapu Indians, who found her wandering alone in the wilderness. The relationship between them quickly develops into a constant battle of wills as the man and the bad tempered and sullen child constantly fight and tease each other. But Jake soon comes to realise she is no ordinary child, for apart from being insolent, and smart mouthed, she can cuss and swear as well as any mule skinner with an array of expletives that would put the toughest buffalo hunter to shame. She is also a very smart kid with more intelligence than most women twice her age and can shoot as well the finest of gunmen around and even saves his life on one occasion. So between them, they make their hazardous way encountering many perils and dangerous situations before their journey can be completed. Along the way, they are joined by other troubled females and Jake finds himself having to battle many dangers in order to keep them safe as well as the constant battle between him and the kid. Furthermore, he discovers that he is falling in love with one of the women under his protection which is a completely alien feeling to the tough gunman who previously, had only to care about himself. However, as was normal during those troubled times, nothing went as planned and eventually their epic journey was to end in violence and for some of them, untold tragedy. 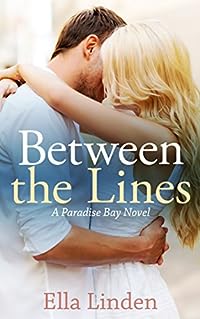 Between the Lines (Paradise Bay Book 1)
by Ella Linden

For Olivia Marquis, moving back to the small northern Michigan town of Paradise Bay is a new beginning. She’s leaving heartbreak, sadness, and everything that once held her down behind. The most important thing she’s leaving behind, is trouble.
All she wants now is a quiet life surrounded by childhood friends, family, and her art. Paradise Bay is a place where dreams become reality, and she’s ready to make something of her life. Of course, the last thing she expected was to be drawn to a man everyone in town warns her against, hopelessly caught up in his dark eyes and quick wit.
Andrew Silva, bestselling horror author, veteran, and notorious womanizer, has been living a mostly quiet life in Paradise Bay for the past year. After years of a revolving door of different women in his life, he’s decided to swear off dating for a while.
Until he sees her. Until he meets the sweet, smart, creative, witty woman who turns his life upside down and, in the end, shows him what it is to truly love someone.
Between Andrew’s issues and Olivia’s haunting past, they’ll have to fight every step of the way to build a life worth living, together.
(Note: Each book in the Paradise Bay small town romance series is a full-length standalone novel. They can be read in any order, and there are absolutely no cliffhangers.)