I Got Your Nose & Free Kindle Books 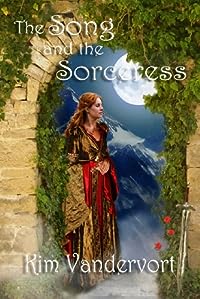 Journey with nineteen-year-old Ki’leah Alrhiane Del’Sivahr, who flees an isolated life as High Princess of Si’vad to run away with her lover, the Palace Bard. When he fails to meet her on the road, fate sweeps Ki’leah into an alliance with a band of men and women known as the Fey-Velahr, a select company sworn to destroy Lyarra, the dormant sorceress — one of the legendary Rahar, thought to have been eradicated from Sildehna centuries earlier — before she wakes to seek a devastating claim to the Northern Kingdom. 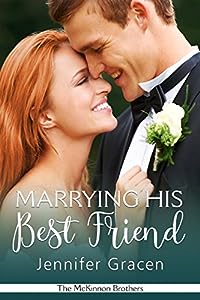 Single mom Maura Callahan never anticipated that at age 29 she’d be living with her mom in the suburbs, raising her young daughter, Chloe, and working a job that pays the bills but not much else. Her daughter is worth the struggle- and she still has her best friend Aidan, who makes her laugh, keeps her on her toes, and provides the oh-so-toned shoulder to cry on when necessary.

Aidan McKinnon, exec at a high profile social media company in the heart of Dublin, has longed to change his bestie status with Maura for years, but it seems Maura’s relegated him permanently to the friend zone. Still, she and Chloe are his world. But when Chloe’s father shows up out of the blue and demands shared custody when he’s never once met the little girl, Aidan sees a way to finally have what he secretly wants most while ensuring Maura and Chloe’s safety… and the diamond ring is just the beginning.

Will Aidan’s fiercely protective, knight in shining armor proposal of convenience end up starting the love of a lifetime? 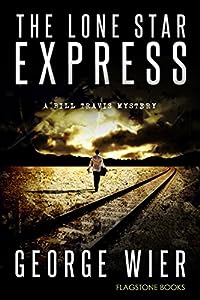 In the aftermath of the death of former Texas Governor, Richard Sawyer, Bill Travis must accompany the body to its final resting place in West Texas… by train. The deadline is tight, the Old ’19 is an ancient steam train that drives at a ponderously slow pace, and a quarry of ruthless and determined men are out to stop Bill and the steam-driven crew of the newly re-dubbed Lone Star Express at any and all costs. But who are they, and what do they want? It’s Bill Travis in his most dangerous adventure of all time, along with a team of aging misfits who refuse to see history die and the last of the great steam behemoths of old stopped in its tracks. 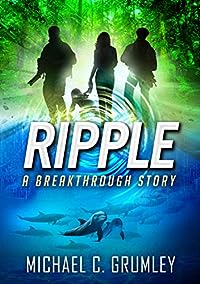 It began in Ethiopia, hundreds of thousands of years ago. When a handful of genetic mutations caused evolution to split from the primates. And mankind was born.

Now, eons later, evidence of more splits from the apes are being unearthed. And with them, a disturbing realization. Ours was only one of many.

And yet we survived. But it was not by luck or chance. We survived because humans had something the others did not. A unique ingredient that has only now been rediscovered.

First in the mountains of South America, where it was promptly destroyed by the Chinese. And now a second source in Africa. The epicenter of mankind’s very inception.

A place that John Clay and Alison Shaw must find quickly. Because the Russians already know what we are searching for. And the Chinese want back what is rightfully theirs.

The mother of all secrets awaits the world, in Africa. One that will not only explain who we are, but will decipher the very code within our own DNA. 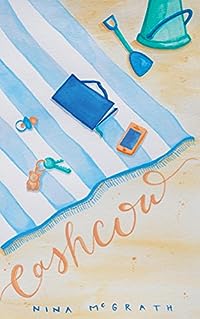 Nannying, how hard could it be?

Simone is delighted when she lands a job as a nanny for affluent Sydney couple Trevor and Tracey King. Suddenly surrounded by wealth beyond her wildest dreams, Simone wonders how Trevor earns the enormous sums of money that fund their lavish lifestyle. It’s a far cry from her daily struggle to scrape together enough money to keep an aggressive debt collector at bay.

In the face of ever changing and increasingly bizarre demands from Tracey, Simone battles to keep the job long enough to pay off her debt. But with each passing day she becomes more and more immersed in the childrens’ lives until she can’t imagine ever saying goodbye to the special little people who have come to mean so much to her.

Cash Cow is a peek into the private lives of the rich and heinous, showing how they treat their own offspring and the hired help.