But Can You Sing?

The one crop from my garden that I have enjoyed the most is definitely the red onions. I have been using them in some of my recipes lately and they taste fantastic. Hubby has been delighted that I have actually been cooking. Now that I am done planning the baby basset’s school walk-a-thon I have had extra time on my hands. Tonight I am going to try pork chops and apple sauce. The only reason I know about those is because of Peter Brady. Nice guy, terrible singer.

Things are going well for Lieutenant Jacqueline “Jack” Daniels of the Chicago Police Department. She has solved some of the city’s toughest and most high-profile homicides. Her personal life is finally in order. Her friends and family are safe and happy. And she just got a call that eased her mind like nothing else could: Alex Kork, one of the most dangerous criminals Jack ever arrested, killed herself while in jail.

But things sour quickly when a group of vigilantes on a murderous spree decide to take down a cop and the people she cares about… and they turn downright awful when Jack discovers that Kork may not be dead after all.

Trapped in her house with a psycho and everyone she cares about, and unable to leave because she’s surrounded by snipers, the next eight hours will be the worst of Jack’s life. And that’s saying something.

Fuzzy Navel is Jack’s fifth adventure, perfect for readers who like their mysteries with a shot of humor. 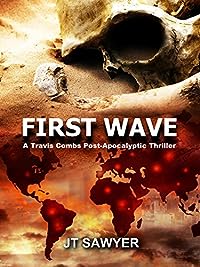 Special Forces veteran Travis Combs just wanted to forget his weary years of leading combat missions while taking an extended rafting trip through the Grand Canyon. As he and his group complete a 22-day trip on the Colorado River, they find the world has unraveled from a deadly pandemic. Now, he has to show his small band how to live off the land and cross the rugged Arizona desert, while evading blood-drinking zombies, gangs of cartel bikers, and a rogue government agency. 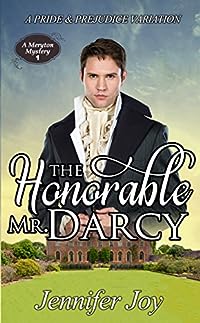 When his freedom means the loss of hers… can anyone win?

Fitzwilliam Darcy has avoided the entrapments of dozens of desperate maidens seeking a wealthy husband… until the Netherfield Ball. He could lose himself in her fine eyes, but there’s just one problem: She doesn’t want him.

Elizabeth Bennet seeks a brief respite from the crowded ballroom only to find herself wrapped in the arms of the one man she despises — Mr. Darcy.

When Darcy’s enemy is shot to death, he must choose between Elizabeth’s freedom and his own honor. To complicate matters further, Elizabeth is not one to stand idly by when her future is on the line. With a killer on the loose, can she help Darcy reveal the truth before he’s accused of a crime she knows he didn’t commit? Or will she become the next victim?

The Honorable Mr. Darcy is the first novel in Jennifer Joy’s A Meryton Mystery romance series set in England’s captivating Regency era — when a gentleman’s manners were regarded as highly as a lady’s reputation and a happy marriage was the ultimate prize (although a fortune was never frowned upon).

If you like falling in love with Mr. Darcy and Miss Elizabeth as they fall for each other, then you’ll love this sweet romance-mystery variation of Jane Austen’s timeless classic, Pride and Prejudice.

Read The Honorable Mr. Darcy to satisfy your craving for a fast-paced mystery interwoven with a heartwarming, wholesome romance today! 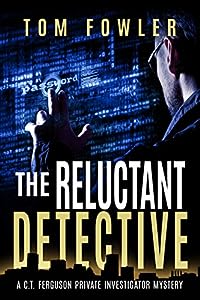 A novice PI. A ruthless old acquaintance. Will C.T. Ferguson’s first case be his last?

Three weeks in a brutal prison — that was hacker C.T. Ferguson’s punishment for helping Americans and dissidents evade the Chinese government. Deported home, C.T. uses his digital skills as a private investigator.

Suspecting her husband is cheating on her, Alice hires C.T. to investigate. He soon learns that Alice has her own problems, namely a ruthless adversary squeezing her for money. Even the suspicious death of her husband can’t buy Alice a break.

C.T. stays on the case because he hates seeing innocent people pushed around. His persistence lands him on the ruthless adversary’s hit list. If C.T. can’t figure out what happened, both he and Alice will face deadly consequences.

The Reluctant Detective is the first book in the C.T. Ferguson mystery series. If you like wisecracking sleuths, fast-moving action, and mysteries with a side of cyber intrigue, you’ll want to add this book to your collection. 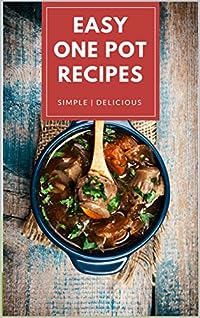 THIS ONE POT COOKBOOK HAS A VARIETY OF HEALTHY AND DELICIOUS RECIPES!

From my home to yours! Please enjoy my favorite collection of slow cooker recipes. This book is useful for making dishes for any occasion as its packed full of a variety of different dishes including dips, appetizers, entrees, soups, and desserts!

This recipe book is organized and simple to read which will help any novice chefs out there get started with the fun of cooking One Pot meals !