A friend of mine is selling a fireplace that you hang on the wall. I want it. I have no place to put it, but I really really want it. There is LITERALLY no place in my house that can accommodate this item. I want it. If I buy it, it will sit in my garage for years never being used. I really really want it. If I buy it, my hubby will be furious with me. It is not in the budget. I think I might buy it. The money I spend will come out of my baby basset’s Christmas money. Maybe I should get it. MY CHILDREN WILL CRY AND THINK SANTA DOESN’T LOVE THEM! It’s so pretty, maybe? 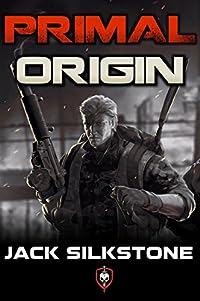 “Your mission is to build an organization capable of dealing with men… Men who think they are above the law. Men who sow hatred and pain wherever they walk. Men who are evil.”

That’s the call to arms for Vance, Ice, Mitch, and Bishop, a team of highly trained operatives who’ve gone rogue and formed PRIMAL, a global vigilante unit. They protect the innocent, punish the guilty, and wage war against terrorism, all in the name of justice. Their first target: the wealthy CEO of a powerful corporation-and a die-hard jihadist supporter-scheming to exterminate Western influence in the United Arab Emirates. Our four warriors challenge his murderous ambitions, turning the dark arts of clandestine ops against a seemingly untouchable evil. Success gives them access to new resources and new targets, and within a matter of days they’ve brought a Russian mafia cartel to its knees.

Middle Eastern warmongers, insipid Russian mobsters, and all those who prey on the weak and helpless can rest assured: justice comes with a dose of fury when it’s delivered by PRIMAL. 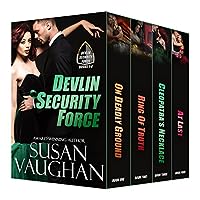 DEVLIN SECURITY FORCE, Protecting Priceless Treasures
Former Special Forces officer Thomas Devlin founded Devlin Security Force after witnessing the destruction and theft of antiquities in Iraq. The DSF mission of protecting and recovering art and artifacts means combating Centaur, a shadowy international crime syndicate.
ON DEADLY GROUND
Desperate to save her brother, museum director Kate Fontaine must work with Max Rivera, the ex-military guide she doesn’t trust to return a precious Mayan artifact to its temple, but when desire flares between them, outrunning international black-market smugglers and an earthquake seems simple compared to risking their hearts.
RING OF TRUTH
Recovering crown jewels could get the FBI off Cortez Jones’s back, but he needs the help of Mara Marton who blames his jewel-thief father for destroying her family. Mara wants this chance to prove her father’s innocence, but how can she trust Cort? Sparks fly as they race black-market smugglers to the jewels. There’s no turning back, once their lives — and their heart are on the line.
CLEOPATRA’S NECKLACE
Thomas Devlin must recover Cleopatra’s necklace, but when the smugglers pursue his old flame, he jets to her aid. Cleo’s involvement with the necklace’s forger sends her on the run. She knows Thomas will protect her but will he crush her love again? As they race against time, they learn more is at stake than recovering the antiquity. The peril escalates, and so does the risk to their hearts.
AT LAST (A DEVLIN WEDDING NOVELLA)
Owing her brother and his bride, maid of honor Andie Devlin is determined to make their wedding perfect. She’s falling for Mike Pagano but fears he’ll judge her wild-child past. He wants to keep her safe from an attack threatening the wedding, but more than that, he wants her in his arms. When she learns her brother assigned him as her bodyguard, she pushes him away… leaving her vulnerable. 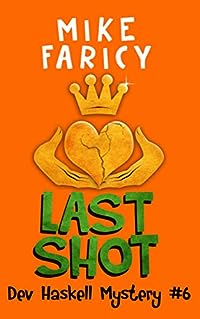 Dysfunctional PI Dev Haskell receives a request from beautiful, red-headed Desi Quinn to investigate the trumped-up charges that ruined her life and sent her to prison six years ago. Desi’s life was destroyed after a brief relationship with upstanding citizen, Man-of-the-Year Gaston Driscoll, who just happened to be her boss. She views Dev as her last hope–her last shot–but the impossibly dangerous scenario she describes makes Dev think the investigation would be out of his league; he politely declines.

As Desi’s story slowly unravels, Dev realizes (under a mountain of guilt) that he made a huge mistake. He embarks on a mission to make things right, only to become a killer’s next target. An entertaining tale of intrigue, rank ineptitude, and raucously entertaining one night stands, Last Shot is another funny, fast paced, engrossing thriller from Minnesota’s master of the bizarre. 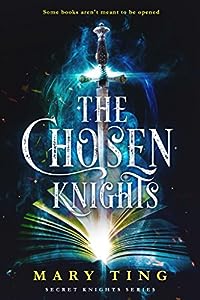 When teens go missing in Hawaii, a group of demon-hunters — half human and half angel — disguised as high school students, must leave Crossroads, the place where they reside. In a race against time, they uncover the mystery connecting the missing teens, which dates back to the era of the Knights Templar. However, when they discover one of the Templars passed down a book containing all the secrets and codes to finding a particular treasure, they soon realize this forbidden treasure needs to be found before Cyrus, the lord of the possessor demons, acquires it — a treasure which been safeguarded and hidden from him.

There is only one problem: the pages containing the clues leading to the treasure is missing. When the first page is found, Cyrus threatens to kill more descendants of the Knights Templar if it is not given to him by Friday the thirteenth. In the midst of threats and discovery, the demon-hunting angels find they are not alone when supernatural beings begin to reveal themselves. Can they put their differences aside and work together to solve the Knights Templars’ cipher? As they astral travel to the past, they witness a lot more than they have bargained for. And some things are better left unseen. 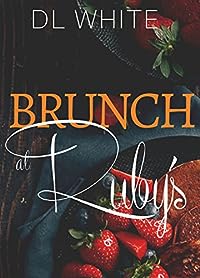 Brunch at Ruby’s
by DL White

Ruby’s Soul Food Cafe has been the neighborhood hot spot their whole lives, so it’s only fitting that Ruby’s is where Debra, Maxine and Renee meet monthly to do what girlfriends do– eat, drink and offer unsolicited advice on life and love.

Debra Macklin has it all: a successful career, a long marriage and a happy 12 year old daughter. But she’s hiding a secret that could not only shatter her perfect image, but destroy her marriage and career. When her secret is spilled, Debra is poised to lose everything she holds dear.

Maxine Donovan is a self made woman but despite all she earns and owns, she’s on a constant quest for Mr. Right. Handsome, aloof Malcolm Brooks might just be The One, but when Malcolm’s attention turns toward her friend instead, Maxine is ready to risk a strong bond to fight for him.

Renee Gladwell left a lucrative job and a handsome boyfriend to nurse her father and Gladwell Books back to health. A temporary stay has turned into four years of struggling with Alzheimer’s and a family owned bookstore that is in no shape to sell. Renee is in limbo, caring for a man who is slowly forgetting his past — including her. When she meets Malcolm Brooks, her life brightens, but is love worth risking a friendship?

Brunch at Ruby’s is a funny, inspiring, soulful look into a lifelong friendship where bonds are bent, but never broken.