The cookies are baked, packed and half of them have been delivered! The sharks, AKA my family, can now stop circling the plates of cookies and the feeding frenzy can begin. I feel a bit guilty because until I have all the little boxes of cookies made for everyone who will be getting one, no one is allowed to eat the cookies. NOT A ONE. The can smell them, look at all the different kinds of cookies, and tell me how pretty they look, but no eating. Torture! I can taste them to be sure they are turning out okay. Maybe someday they will realize if they help me with the baking, tasting is a perk. 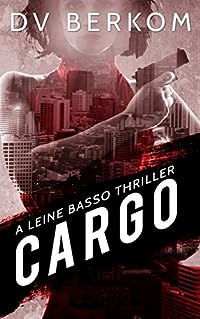 An adventurous young backpacker, captured and sold. A black market merchant who will stop at nothing to amass the power he craves. The one woman who can stop him before he destroys everything…

Haunted by memories of an op gone bad, former assassin Leine Basso travels to Bangkok in search of a missing backpacker. With help from an old contact, she discovers the man responsible for the girl’s disappearance is connected to a violent Hong Kong triad and is the linchpin of an extensive trafficking network — both animal and human.

Making enemies isn’t new for Leine, but making one in the triad is — she soon finds herself a prisoner on board a cargo ship headed for sub-Saharan Africa. To ensure her survival and to continue her hunt for the missing girl, she must join forces with Derek, an ivory poacher who promises to help her. 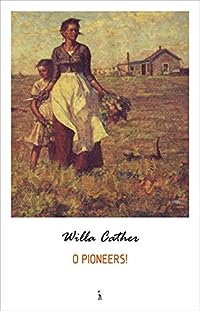 One of America’s greatest women writers, Willa Cather established her talent and her reputation with this extraordinary novel — the first of her books set on the Nebraska frontier. A tale of the prairie land encountered by America’s Swedish, Czech, Bohemian, and French immigrants, as well as a story of how the land challenged them, changed them, and, in some cases, defeated them, Cather’s novel is a uniquely American epic.

Alexandra Bergson, a young Swedish immigrant girl who inherits her father’s farm and must transform it from raw prairie into a prosperous enterprise, is the first of Cather’s great heroines — all of them women of strong will and an even stronger desire to overcome adversity and succeed. But the wild land itself is an equally important character in Cather’s books, and her descriptions of it are so evocative, lush, and moving that they provoked writer Rebecca West to say of her: “The most sensuous of writers, Willa Cather builds her imagined world almost as solidly as our five senses build the universe around us.”

Willa Cather, perhaps more than any other American writer, was able to re-create the real drama of the pioneers, capturing for later generations a time, a place, and a spirit that has become part of our national heritage. 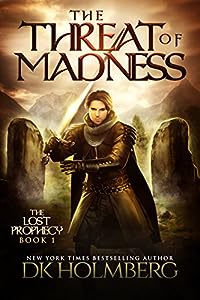 The Threat of Madness (The Lost Prophecy Book 1)
by D.K. Holmberg

The arrival of the mysterious Magi, along with their near invincible guardians, signals a change. For Jakob, apprentice historian, and son of a priest longing for adventure, it begins an opportunity.

When his home is attacked, Jakob starts a journey that will take him far from home and everything he has ever known. Studying with a new swordmaster, he gains surprising skill, but also strange new abilities that make him fear the madness which has claimed so many has come to him. He must withstand it long enough to finish the dangerous task given to him, one that with his new abilities he may be the only person able to complete.

With a strange darkness rising in the north, and attackers moving in from the south, powers long thought lost begin to return. Some begin to suspect the key to survival is the answer to a lost prophecy, yet only a few remain with the ability to find it. 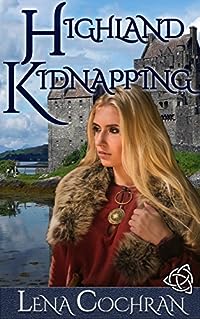 Ever since she can remember, Lizzie McMillan has been betrothed to Douglas Grant. She doesn’t mind; he’s nice enough. But her world is about to rip apart… After their betrothal ceremony, she and Douglas stroll about the garden, listening to the revelers celebrate. Suddenly, they aren’t alone. Fergus MacIntosh, an intruder from their enemy Clan, captures Lizzie, tossing her over his shoulder to steal her away. Douglas flees back to the village, deserting Lizzie to her fate.

Fighting mad, Lizzie tries to escape. When she discovers why she was kidnapped, she’s horrified at the ramifications. But even worse, she realizes that Fergus was injured by her when she was a child. Fergus doesn’t know that it was she — who at twelve years old — destroyed the course of his life. Lizzie is terrified at what he’ll do to her if he discovers the truth.

As her captivity continues, Lizzie finds herself in an unspeakable situation — she is falling for her kidnapper. But there is no way out. Love between them is impossible.

When they, in turn, are captured, it seems that time has run out for both of them…

Enjoy this Highland Romance set in medieval Scotland. Join Lizzie’s struggle to not only free herself from captivity, but to be with the one she passionately loves. 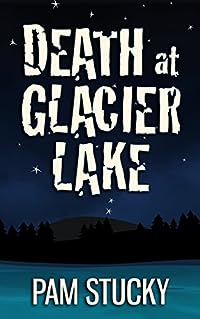 For two decades, the lush, isolated forests of the North Cascades have hidden a secret. Now, twenty years later, a mysterious contest has brought Mindy Harris back to the area she thought she’d left behind forever. A seemingly innocent creative design firm shows up for a company retreat, but all goes awry when one of their own turns up dead. Was it an accident? Murder? And how does the unsolved mystery from twenty years ago play into it all?

Death at Glacier Lake follows the revival of the traditional “whodunit” novel, led by authors such as Louise Penny, in this case with an amateur sleuth at the helm. At times fast-paced and riveting, at others poignant and thought-provoking, this novel is enhanced by the author’s signature philosophical musings on human nature and the gray area all people live in between good and evil. What are the limits of a human heart? How far will a person go for the ones they love?