For a person who hates to cook and comes up with a lot of schemes to get food without lifting a finger in the kitchen, I seem to know my way around a kitchen pretty well. Last night was the school crab feed fundraiser, and I was put in charge of running the kitchen. I actually didn’t think I would be in charge, but when I got there they told everyone to follow what I say and I’m running the kitchen. Interesting. I have never done this before, but sure, why not? I was responsible for two hundred people’s dinner. As I am writing this I am freaking out a bit, but since it has already happened and I was AWESOME at it, I guess I can relax. Because of the awesome volunteers that worked it with me and the fact that the crowd was delighted, I can call the event was a fantastic success. I might need to reconsider my methods on getting free food though. For my work I got two big ziplock bags filled with crab bodies. Looking at the fat bags of crab right now I will admit… WORTH IT!!!! 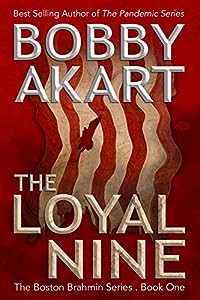 All Empires Collapse Eventually and America is No Exception.
From critically acclaimed author Bobby Akart, The Loyal Nine is a gripping novel of an America teetering on the edge of economic and societal collapse.

With social unrest sweeping the country, Europe on the brink of war and the U.S. economy under siege by foreign nations, a new threat emerges. The nation is caught in the crosshairs of a power struggle between wealthy oligarchs and the political leaders who claim to have the country’s best interests at heart.

As the collapse events escalate, enter The Loyal Nine – direct descendants of the Founding Fathers, a modern day Knights Templar whose mission is to protect America, and the republic, from those who would inflict tyranny upon her.

But will America be destroyed from within? Conditions of war are building and they do not involve bullets and bombs. There is a new battleground – cyberspace. As the country descends into decline economically and socially, will America be caught off guard by a threat never before experienced – a devastating Cyber War?”

The Boston Brahmin series takes the reader on a frighteningly realistic journey into a post-apocalyptic fiction world. 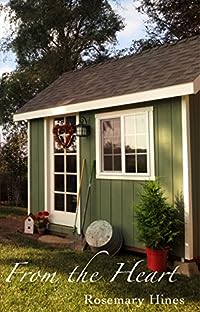 From the Heart (Sandy Cove Series Book 5)
by Rosemary Hines

After the loss of her beloved husband Phil, Joan Walker struggles to stay afloat in a sea of grief. Then she happens upon a discovery that will impact her entire family and challenge her future.

Married for decades to the man of her dreams, Joan suddenly finds herself alone and grappling with her future. Why should she go on? What purpose remains now that she is no longer a wife and partner in the ministry of her husband? She’s never experienced adult life without Phil by her side. The void he’s left behind is a chasm she sees no way around, until one day, she discovers that even in his death, Phil was looking out for her.

Join your Sandy Cove friends in a tale of love and unexpected gifts in this poignant and inspiring tale of starting over ~ From the Heart. 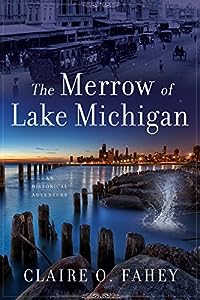 The Merrow of Lake Michigan
by Claire O. Fahey

Joey Fagan is certain of only two things. The mayor of Chicago will be assassinated at the end of the week, and she is stuck in the year 1893. What she doesn’t know is how she landed 100 years back in time, or why Peter Hastings, the man trying to help her, shares some eerie similarities to her dead husband.
When Joey, perhaps unwisely, revealed the year of her origins it didn’t sit well with her host. Her effort to convince him by predicting the mayor’s murder only made matters worse. Now her sanity is in question, and everything she does puts it further into doubt. One of the few bright spots in the whole situation is William, Peter’s five year-old son, but he is a stark reminder that she left a son of her own back in 1993.
Stuck in the past and desperate to return to her own Chicago, Joey stumbles her way through a time when women had a barely-audible voice, and very few options. Armed with nothing but her wits, Joey must navigate the rigid waters of the Victorian era while she tries to prevent a murder and find her way home. 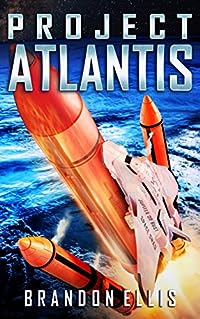 A secret branch of the U.S. government has found pyramids on Callisto, a Jupiter moon. They are etched with ancient hieroglyphs that no one can understand — no one but archaeologist Kaden Jaxx. What’s more, the pyramids are giving off energy. Lots of energy. Enough to power half of the United States.

But Jaxx discovers his Black Ops bosses are hiding an Earth-shattering truth — an ancient civilization may still be on that moon. And a secret launch to that moon is imminent.

Jaxx hires a brilliant but impulsive reporter who digs into the agency’s mandate. When they learn too much, the hunt is on: they’re on a government hit list and are now trapped in a race against time to blow the lid off the secret plans, save themselves, and maybe even mankind. 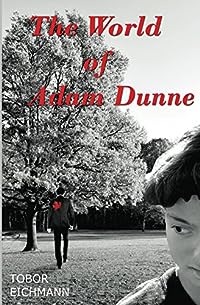 The World of Adam Dunne
by Tobor Eichmann

Adam Dunne is tormented. He has a secret locked inside of him and only he holds the key.
Horrifying visions haunt him day and night.
As Adam unravels the mystery surrounding his past, he discovers that the world around him isn’t what it seems.