While better known for espionage and suspense, American author Noel Hynd has also written a riveting series of ghost stories, each one novel length. They were originally published by Kensington in hardcover and Pinnacle in paperback. Cemetery of Angels, Ghosts, and A Room For The Dead were also selections of The Literary Guild. Enjoy! 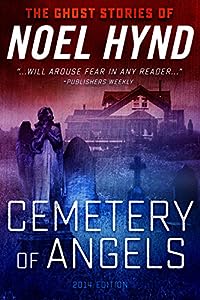 Bill and Rebecca Moore are an ordinary middle-aged couple raising two children in suburban Connecticut when an unsuccessful attempt on Rebecca’s life by a mysterious stranger leaves her with an extreme case of post-traumatic stress. To help her recover, Bill suggests a move to southern California where they buy and renovate an old house in a posh neighborhood. It seems, however, that the house hosts a particularly persistent ghost named Ronny, an ex-actor who apparently has emerged from the small private cemetery adjacent to the backyard. When both children disappear from the house with no sign of forced entry, LAPD gumshoe Ed Van Allen suspects the Moores of murder, although Rebecca gamely tries to convince him the ghost did it.

Turning the implausible into the possible as the case unfolds, Alternately amusing and frightening, Hynd lets the evidence build to a genuinely terrifying climax that features earthbound criminals as well as a not-so-subtle example of divine retribution. 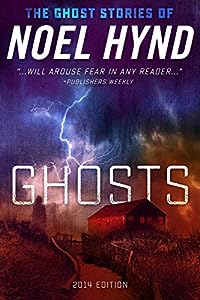 Enter a world where the departed return to the world of the living… where ghosts walk and intermingle among us…
Nantucket Island. Quiet. Peaceful. Idyllic. For Oscar-winning actress Annette Carlson, it is the perfect refuge from a demanding career. For brilliant burned-out cop Tim Brooks, it’s a chance to get away from the crime-ridden streets of the big city. And for Reverend George Osaro, ghost hunter, it is about to become a place of unspeakable terror… 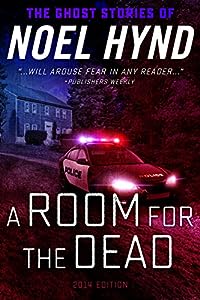 A Room For The Dead (THE GHOST STORIES OF NOEL HYND Book 3)
by Noel Hynd, Patrick LoBrutto

In this hard hitting and sharp-edged tale of the supernatural, Veteran New Hampshire State Police Detective Sergeant Frank O’Hara pursues a crazed serial killer whose crimes bear the grisly signature of Gary Ledbetter, a vicious murderer arrested by O’Hara and executed years earlier. Definitely not for the faint of heart. 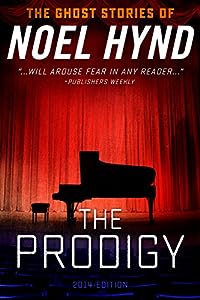 Rolf Geiger leads a charmed life. Handsome and charismatic, he has seen his awesome talents as a piano virtuoso rewarded with worldwide fame, fabulous wealth and the love of a woman he adores.

But Rolf is about to learn that genius has an enormous price. Poised to embark on a stunning world tour, he is slowly and savagely tormented by the spirit of his recently deceased mentor, Isador Rabinowitz. From far beyond the grave, Rabinowitz’s spirit returns to torment Rolf day and night, filling him with a paralyzing fear unlike any he has previously known. Rolf descends into a mental hell that is too terrifying to imagine.

Now, prompted by a ghost, dark impulses rise up in Rolf. He must fight for his sanity, his humanity and his very soul. He is locked in a horrific dance of death with his dark angel, a spirit that commands him to pay one final price for greatness — to murder the woman he loves.

“Noel Hynd is one of the few authors that have succeeded showing us what we sense in the deepest reaches of our minds. He is a master because he is willing to go where we don’t want to go in regards to the supernatural.” 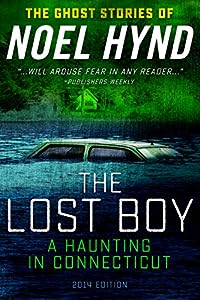 The Lost Boy: A Haunting in Connecticut. (The Ghost Stories of Noel Hynd, Number 5)
by Noel Hynd, George Kaczender

In the small Connecticut town of Wilshire, James Corbett, senior member of a local outlaw family, has been hideously murdered. For Ellen Wilder, new editor and owner of the local newspaper, the gruesome killing is as disturbing as the irrational fears it has triggered within her. She is left doubting for her own sanity. For State Police Detective Michael Chandler, seen earlier in Hynd’s CEMETERY OF ANGELS, the murder is only a hint of trouble to come… and an eerie echo of his own near-death experience.

But nothing could have prepared anyone in the rational world for the return of Franny Corbett. A hulking child of a man, the blackest sheep in a black sheep family, his eerie presence may have ushered in a final endgame of violence, fear, and unearthly events in this bizarre Connecticut village. Soon Wilshire will be shaken again.A car sunk just beneath the surface of a local lake is soon to rise… and with it a trip into the other side of the human existence,

The terror has just begun!