GOOD GOOGLY MOOGLY!!! There WAS another suspect in the home invasion/murder running loose in our town. I told you the other day about getting an alert via text, right before I went to sleep, that the fourth suspect in a home invasion/murder was caught, but not how many suspects there were. Well… there were five total. I got the text yesterday afternoon that the fifth and final suspect was caught. Thank golly they told me how many there were because I was worried sick. Although not worried enough to Google how many there were to begin with. That is a whole new level of lazy when you fear for your safety, but not enough to interrupt your game of Sugar Smash to see if your are going to be killed today or not. I mean… I did lose all my levels when I did an update, and I had a lot of work ahead of me to get back to where I was before, but really now!

In the first book of the thrilling Chasing Chinatown trilogy, a killer is loose in San Francisco, and he’s collecting body parts.

SFPD has no witnesses and no suspects, but FBI Agent Abby Kane believes a dead hiker found ten miles north of the city is the key to solving those crimes.

The detective involved with the case thinks Abby might be chasing a ghost down a rabbit hole, but the more Abby digs, the more she begins to think the killer is playing an elaborate game and there’s an audience cheering him on.

In order to catch him, she must do the unthinkable: join the game.

Eleven novels with modern humans facing off against heroes, Norse and Greek gods, djinn, and monsters of old… over one million words of divinely (and diabolically) inspired fantasy, adventure, and romance.

Get this heavenly collection of paranormal romance and urban fantasy… before it’s too late! 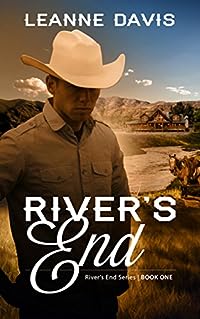 When Erin Poletti pulls her car into the thousand acre Rydell River Ranch in River’s End, Washington, looking to stay with her hated brother Chance, she never intends for it to be anything more than a pit stop on the way to the rest of her life. After her mother’s suicide, Erin has no choice but to seek out her brother where he works as a ranch hand, as she is left penniless, homeless and for reasons she will share with no one; without the basic skills to navigate her life. Ranch owner Jack Rydell watches her pull onto his ranch and knows that trouble has come to his ranch, his three brothers, his two sons, and most of all: to himself.

Erin has a short lived relationship with Jack’s youngest brother until circumstances eventually leave Erin nearly destitute on the ranch, and finally reveals the secret Erin has desperately hidden. And only then, does Jack finally begin to know the woman whose presence has so altered his life. Eventually, Erin finds a job, and starts to work with Jack and his horses in order to repay the debts she feels she owes him. But the longer Erin is there Jack begins to wonder if he can resist the woman he now knows, despite everything that stands between them. 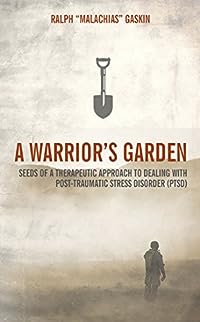 A Warrior’s Garden
by Ralph Gaskin

Combat medic. Squad leader. Bandsman. When Ralph “Malachias” Gaskin returned from his first deployment to Iraq, he knew something was wrong. He was suffering from PTSD. After a year of isolating himself, sinking into depression, and watching his body deteriorate, he took a radical level of responsibility for his own health. What Malachias experienced he has penned here: a very personal and experimental road to healing.

Do you believe in angels? In 1873 the town of Lone Pine, California came to believe in them. Lone Pine is the home of Mt. Whitney, highest mountain in the contiguous United States, towering some 14, 497 feet. The white granite range of the High Sierra has been around for several thousand years, its towering spires unique in North America. However, the first recorded climb to this peak was not until August 18th, 1873, when three local fishermen braved the lofty crags and reached its elusive summit.
Prior to that, there had been many attempts, but recorded history tells us those climbers who made the attempts never ended up on the right peak! Some of them did not return, and were never heard from again. Hundreds of peaks point skyward in this range of mountains, and though Mt. Whitney is the highest, it remained the most elusive for decades. But Indian legends tell of evil spirits that once made their abode atop this very mountain. From this great height it was believed that these dark forces planned their wicked strategies against our entire country. It was their mountain!
The Indian legends also foretold of a time when the evil would be no more; a time when men and women would freely hike the mountain and experience the wonder and exhilaration it could produce within one’s spirit. According to those legends, and according to an old diary found in the hills just west of Lone Pine, that time did arrive. It was in August of 1873, when the most powerful leader of the angelic host paid an unannounced visit to the town. After his Three Days in Lone Pine, the mountain, the birds and the animals… even the people, would never be the same…