My friends keep posting pictures on Facebook of the dinners they made. I am still trying cooking out and everything I am making these days looks like minced alien. Kinda grayish and lumpy. The last few dishes I found so gross I vowed never to make them again. The baby bassets and hubby liked it and ate it all, so for that reason I have determined that they have no taste. It was an added insult when we were all at the dinner table and I was so grossed out by what I had made that I didn’t want to eat it. Problem is, when my baby basset’s say they don’t like something and don’t want to eat it I tell them they have to or they will find it for breakfast in the morning. It only took a few breakfasts for them to know I was serious. Since I didn’t want to eat the lumpy alien for breakfast, I choked it down like a 5 year old eating brussel sprouts. Tonight I think is a pizza night. My taste buds deserve a vacation. 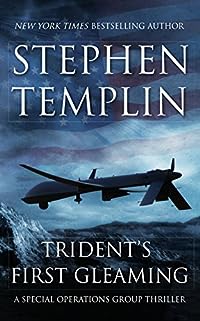 Just when he thought he was out, CIA pulled him back in…
Former SEAL Chris Paladin becomes a pastor, but CIA spy Hannah Andrade needs him — along with a cantankerous Delta Force operator to recover a downed stealth drone in Syria before their enemies do. Because the contractor who developed the drone used similar technology in other government projects, the drone’s technology could be used to hack into Washington’s critical IT infrastructure. Chris and his team must battle Syrian government forces, Chinese agents, and an American traitor to prevent a vicious cyberattack with deadly consequences…

THE TEAM
Chris “Reverend” Paladin left SEAL Team Six to become a pastor. Until CIA pulled him back in. He’s quick on the draw and efficient under fire.

Hannah “Infidel” Andrade delivers a triple knockout with her elegant smile, mixed martial arts skills and Agency tradecraft. CIA tapped her to be team leader, and she tapped her best friend Chris for this mission.

Sonny “Sunshine” Cohen is the insult comic who terrorizes terrorists. He is “on loan” to the Agency from the Army’s Delta Force. Also known as “Super Jew.” 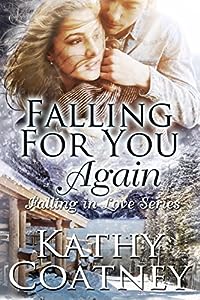 They vowed to love each other forever, then grief tore them apart.

Clare and Ethan Burke carved out a life in Paradise Falls, Idaho. While Clare built a career as an outdoor photographer, Ethan taught eighth-grade. They raised three children and had a happily-ever-after life until tragedy struck, and they lost their teenage daughter in a boating accident.

Two years later, Clare and Ethan still love each other, but their grief has pushed them to the brink of divorce. When Clare leaves for a photo shoot into the mountains and doesn’t return, what really matters becomes clear. And with a blizzard looming, Ethan must move heaven and earth to find her.

Will they get a second chance at love or lose each other forever? 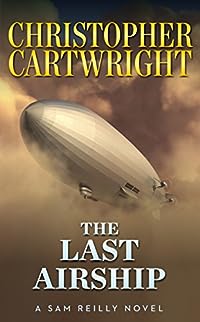 In 1939 a secret airship departed Nazi Germany in the dark of night filled with some of the most influential people of its time.

Its cargo: a complement of rich Jewish families carrying their most valuable possessions. One such item amongst them was as dangerous as it was priceless.

The airship never reached its destination.

In present day Sam Reilly, a marine biologist and wealthy son of shipping mogul James Reilly discovers a missing clue about the lost airship and what follows is a violent treasure hunt, kept secret by the most powerful men in the world today, driven by their greed and need for that which all are motivated: the opportunity for unlimited power. 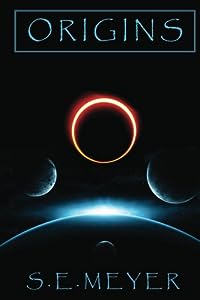 An action packed, fast-paced, mystery thriller, unlike anything you’ve ever read before!

All references to historical locations, religions, ancient writings, and the representation of current beliefs of local peoples from around the world described in this novel are true.

John Mitchell’s life in the small Midwestern town of Mill City is changing forever. The animals in his lab are dying, he learns gut wrenching news about his wife, and the most important meeting of his career gets canceled when Dr. Frank Johnson mysteriously disappears.

After receiving a cryptic package from the missing doctor and accidentally injecting himself with its contents, a serum made from the instructions scribed onto a seven-thousand-year-old artifact, John discovers he has new powerful abilities, and new blood-chilling enemies. He and his wife Jenny are soon running for their lives, hunted by the terrifying figures that will stop at nothing to protect the serum’s seven-thousand-year-old secret, and retrieve the artifact needed to finish their plans.

On the run and searching for answers, they are thrown into a world of ancient secrets, esoteric mysteries and a clandestine underground race, when they become trapped in a cavern that holds the shocking secret history of the Human Race, deep underneath the ancient ruins of Babylon.

As millions of people around the world suddenly begin disappearing, John and Jenny learn the horrific news of the inevitable extinction of the human race. But when John discovers the hideously evil, secret motivation of the ancient race that is supposed to be saving them, he must rely on his new-found abilities to rescue the woman he loves, Earth, and the billions of tortured souls locked deep within it. 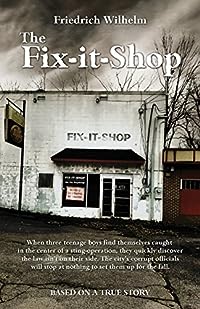 The Fix-it-Shop
by Friedrich Wilhelm

When three teenage boy’s find themselves caught in the center of a sting-operation, they quickly discover the law isn’t on their side. The city’s corrupt officials will stop at nothing to set them up for the fall.