I think I may have solved my lack of motivation to gardening problem. I just watched a video on the life cycle of a butterfly. I absolutely love butterflies and definitely want to attract those little buggers to my backyard. Is it bad that once again I am thinking about raiding my neighbors yard for caterpillars? I know she has a bunch on her Purple Passion Flower vine. Okay, I will stay honest and just buy my own Passion Vine. There.. motivation occurring with a sprinkling of being good. The real problem is that there are not a lot of gardening shows anymore. Everything is about flipping houses. No I was not cursing. There are plenty on YouTube though. I just have to be careful not to get sucked in and waste five hours of my day watching videos until my eyes fall out. 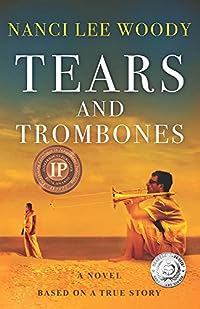 Tears and Trombones: Based on a True Story
by Nanci Lee Woody

A depression-era boy wants badly to become a classical musician against the wishes of his hard drinking, heavy equipment operating father. His long-suffering mother wants him to escape the kind of life she’s had and supports his musical dream. He convinces himself that music is the most important thing in his life and marries the woman who has set her sights on him and is willing to support his musical obsession. Joey winds up in the symphony and performing in Hollywood, backing up the likes of Johnny Cash at Folsom Prison, The Beach Boys and Frank Sinatra. But he lets the love of his life, the high school beauty that he adored from the first encounter, slip away. Tears and Trombones is a roller coaster of highs and lows with humorous twists and poignant turns as we watch Joey pursue his dream. 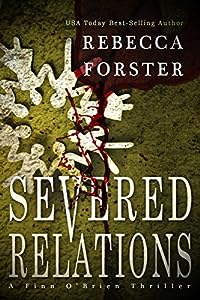 Murder behind the gates of Fremont Place was unusual; two children and a nanny slaughtered in the home of a rich young lawyer and his beautiful wife was unheard of. Shunned cop, Detective Finn O’Brien, and his partner, Cori Anderson, must connect the dots between the L.A. ladies-who-lunch, lawyers who skate on the edge of the law, pornographers, and Hollywood freaks. Following a trail of bodies and shattered relationships, they uncover a horrific truth behind the murders that will either bind them together for eternity or severe their relationship in the cruelest cut of all. 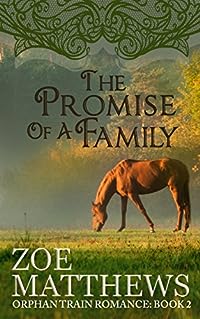 What if your father tells you just before he dies that you need to marry a man of his choosing?

Lydia finds out at her father’s deathbed that he has arranged for her to marry the son of an old family friend to cancel a debt. At first, Lydia rejects the idea, but then circumstances suddenly makes it so she feels she needs to honor her father’s last wishes, and she travels to Texas to meet the man her father has chosen.

Clinton doesn’t have a problem in marrying Lydia. After all, he spends most of his time running his large Texas ranch, and he doesn’t have time to court a woman properly.

Five years after their marriage, they have slowly learned to love each other, but they discover that Lydia will never be able to carry a child. They hear about an orphan train that will be arriving in their small town, and Lydia feels this will be her last chance to have a child join them. Will they be able to have the family that they so desperately want?

If you like sweet western historical romances, then The Promise of a Family is for you! 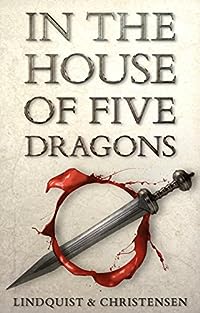 In the House of Five Dragons
by Aron Christensen, Erica Lindquist

Thirty years have passed since the bloody battle of Njorn Pass, since Rikard Mazrem traded his life away to the Alterra to save his dying men. Defeat became victory and an empire was born. For decades, the people of Carce have revered Rikard as a hero.

But now Rikard has returned to find the world changed. Or perhaps he is the one who has changed… 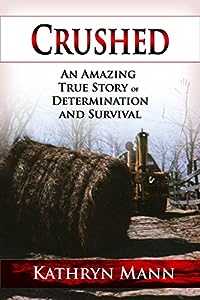 Crushed: An Amazing True Story of Determination and Survival
by Kathryn Mann

The accident left sixty-six year old Bob Peterson fighting for his life on an isolated farm lane. With broken ribs, a punctured lung, and compression fractures in his chest, spine, and pelvis, Bob pushed his arms forward, dug his fingers into the freezing mud and dragged his crushed body forward. Saturated to the skin in freezing rain, far from help, and with the night fast approaching, Bob refused to give up.

This amazing true story was featured on the It’s a Miracle series hosted by Richard Thomas. It aired on PAX Television as Chain Reaction in 1999.