I love these summer mornings when I can open all the windows first thing in the morning. Unfortunately for my hubby and baby bassets it also means I want to spend a little time outside. That coupled with the fact that I have extreme guilt (but no regrets) for the large amount of junk food I ate while camping, means everyone suffers. Last night, right after dinner, I made the entire family go for a nice evening walk around the block. I think hubby has been taking lessons from the kids, because he was fussing just as much as they were. I was complaining as well, but all in my head. I am pretty proud of myself for doing one healthy thing yesterday. I am setting the bar pretty low so that it will be easy for me to top it today. So far I am thinking about doing something active, so that already sets be on the right track to surpass yesterday. Maybe I will harvest the carrots that I think are just about ready. MAN!! I am on a roll! 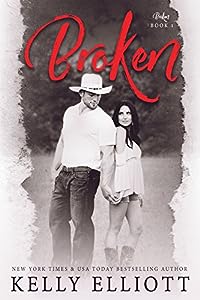 18 + CONTAINS ADULT LANGUAGE AND CONTENT
Layton Morris and his brother Mike grew up not knowing what it would be like to live in a normal home. With no running water or electricity in their home, no parents around to protect them, they quickly learned how to survive and depend only on each other.

When a tragic accident takes Mike away from Layton, and the only other person that he ever let into his heart walked away from him, leaving his heart shattered, Layton focuses all of his time and energy into the ranch he and his brother dreamed of. He makes a vow to himself to never let love in again. The last thing Layton needed or wanted was more heartache.

Whitley Reynolds grew up in a privileged home in upstate New York. When she landed the star football player in high school no one was surprised, not even Whitley. She dreamed of a life with Roger living in New York City and happily followed him there.

The first time Roger hit her for arguing with him about a dinner party, she forgave him. The more it happened, the further Whitley withdrew from her friends and family. One fateful day things go to far. Whitley makes a promise to herself and finds the courage to do the one thing she thought she’d never be able to do.

Fleeing with her best friend Courtney, Whitley was determined to put her past behind her and start a new life in the small town of Llano, Texas, where no one would ever find out about her past.

Will they both ever learn to trust and love again, or will their pasts come back to haunt them, keeping them both alone and… 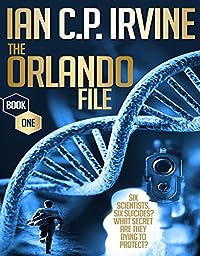 When Kerrin Graham, a retired cop and now an investigative journalist with the Washington Post, receives a call in the middle of the night, his life is about to be turned upside down.

Six of the world’s leading geneticists have all ‘committed suicide’ in the past seven days, his brother-in-law being the latest to die. Establishing that those who died were all employees of the Gen8tyx Company, a secretive research company based in Orlando, Kerrin sets out to discover the truth behind their deaths.

Discovering that those who died were killed to stop them unveiling the results of their revolutionary stem-cell research, a discovery that could usher in a new age of hope and health for all humanity, Kerrin vows to find who was responsible for their deaths and to uncover the powerful secret they were killed to protect.

On a trail that takes him around the world and back, Kerrin uncovers a sinister organization that will stop at nothing to protect the secret behind the mysterious ‘Orlando Treatment’.
When those around him start to die, and his wife disappears, it becomes a race against time to find the missing ‘Orlando File’, the only hope of saving his crippled wife and proving to an unsuspecting world, the truth behind the sinister Chymera Corporation of America.

And yet, when Kerrin eventually understands just what the Orlando File contains, he is faced with a choice no man should ever have to make, and everyone who reads this book must ask the same question:
“What would I do, if I were him?”… and anyone who reads this book could learn a simple little known medical fact that could extend their life by 20 years. 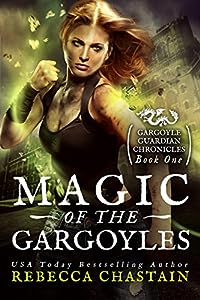 To help a baby gargoyle, Mika will risk everything…

Mika Stillwater is a mid-level earth elemental with ambitions of becoming a quartz artisan, and her hard work is starting to get noticed. But when a panicked baby gargoyle bursts into her studio, insisting Mika is the only person she’ll trust with her desperate mission, Mika’s carefully constructed five-year plan is shattered.

Swept into the gritty criminal underworld of Terra Haven, Mika must jeopardize everything she’s worked so hard for to save the baby gargoyle from the machinations of a monster — and to stay alive…
From the imaginative mind of USA Today bestselling fantasy author Rebecca Chastain, Magic of the Gargoyles is a spellbinding adventure set in a world full of elemental magic and adorable gargoyles that is sure to enchant young adult and adult readers alike. 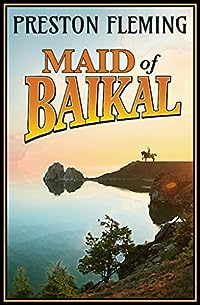 Maid of Baikal: A Novel of the Russian Civil War
by Preston Fleming

What if a Siberian Joan of Arc had rescued the White Armies at a critical point of the Russian Civil War in 1919?

In a quiet town near Siberia’s Lake Baikal, Zhanna Dorokhina turns eighteen as the Russian Civil War rages. She is a bright, headstrong girl, with normal hopes and dreams, but for years, she has heard inner voices. The voices tell her to be virtuous, study well, and nurture her faith, for a great task lies ahead.

Lately, however, the voices have turned ominous, foretelling Russia’s doom if the White Armies fail to crush the Bolshevik usurpers in Moscow. They direct Zhanna to travel to Omsk to alert the Siberian dictator, Admiral Kolchak, and to seek command of an army to besiege Moscow.

When Zhanna informs her father, he thinks her mad. But a young American intelligence officer and his Russian counterpart help win her an audience with the Admiral, and the two young men become her wartime companions.

In The Face Of Death, Will The Prophecies Be Fulfilled?

Though Zhanna and the American officer harbor tender feelings for one another, Zhanna must put those feelings aside, because her voices demand that she remain pure. During the coming months, Zhanna persists despite relentless opposition. Displaying remarkable charisma and military aptitude, she leads her army across vast expanses of untamed forest and steppe, where suffering, violence and treachery await at every turn. But over time, Zhanna’s obsession with victory arouses powerful enemies. Defying a ceasefire, Zhanna wins her greatest battle, only to ride into a Bolshevik ambush soon after. Held captive, she must endure a vengeful show trial and face the verdict alone, without knowing whether her prophecies will be fulfilled. 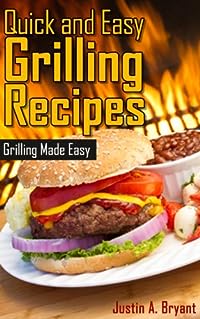 Quick and Easy Grilling Recipes
by Justin A. Bryant

Do you enjoy grilling but need quick and easy recipes, grilling tips and tricks?

Do you want to take the fuss out of grilling as much as possible?

Grilling food is more popular today than ever before. The simple reason is that grilled food smells great, tastes great and is healthier when you do it right.

Lots of people stick to easy food like burgers and sausages, but with Quick and Easy Grilling Recipes you have a book which provides dozens of tips and tricks to make sure your food is perfect every time AND includes great recipes like:

Each section contains recipes for food like beef, chicken or vegetables and is accompanied by grilling tips to get the best flavor from them. There are also the all-important sections for marinades and sauces, because grilled food just tastes better when it comes with a great tasting accompaniment.

If you’re tired of eating the same things every time you grill, buy Quick and Easy Grilling Recipes today and change the way you prepare and cook your food forever.