I am so lazy today. I refused to go outside, or even get off the couch. So far the only thing I have done today is shop on the Facebook Marketplace, got tired and took a nap. I then woke up and repeated the process…..twice. 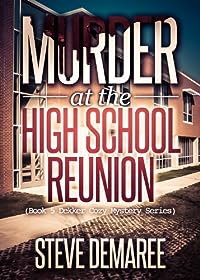 In the fifth book in this series, Lt. Dekker gets an advance warning that he might be investigating a couple of murders when two people turn up missing after a high school reunion. When those bodies do indeed turn up, the lieutenant and his sergeant sidekick go to work. They start by interviewing everyone who attended that high school reunion. In their favor is the fact that not a lot of people attended the reunion, but it doesn’t help them any when they find out that everyone hated one of the victims, but none of them appear guilty of murder. 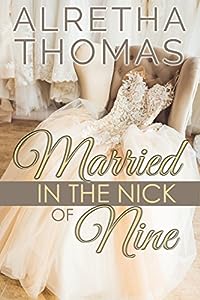 Cassandra Whitmore is facing yet another Valentine’s Day alone. Her love life is as dry as the Sharpie pen she uses to mark an even more dreadful day on her calendar — her upcoming 30th birthday. Driven by the maddening ticking of her biological clock, Cassandra is determined to meet, fall in love with, and marry “The One” within nine months. When Cassandra accompanies her cousin to a night club, her Type-A quest to meet a man is quickly rewarded by a stranger’s velvety, baritone voice asking if he might occupy the seat next to her. He’s Nicolas Harte, whose good looks leave Cassandra speechless, but not for long. After mustering enough courage to strike up a conversation, she learns Nicolas is everything she wants in a man — smart, successful, and available. There’s only one catch: He’s “GU” (geographically undesirable). Nonetheless, Cassandra falls in love with Nicolas and makes the uncharacteristic decision to move from Los Angeles to New York to be with him. But Cassandra gets a rude awakening when she discovers there’s something rotten in the Big Apple. 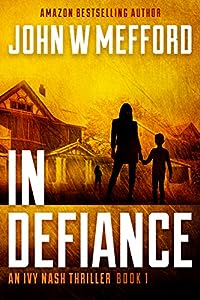 The past is gaining on her.

Can she survive the coming fight?

Ivy grew up in the system. She knows the pain the kids endure. She’s their advocate. But not everyone appreciates her meddling.

One troubled soul has her attention. He’s accused of murder. She knows he’s hiding something. Everyone has secrets, even Ivy.

She needs the truth.

Why are the authorities trying to bury the case?

In a world of corruption, abuse, drugs, and blurred lines, can Ivy get to the truth before past and present collide and destroy her life?

You’ll love this action-packed thrill ride, because everyone enjoys a wicked plot twist. 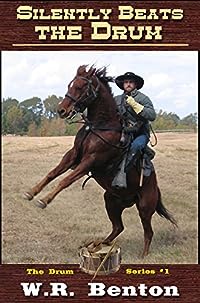 The Civil War has beaten down Jeb Patton beyond the point of mere exhaustion. Only the precious memories of the girl he left behind sustains him as he fights on. He should have died countless times as he fought for Southern Cause and Jeb knows his luck is running mighty low. Fate catches up to him one night near a no-name town somewhere in war-torn Arkansas. Instead of waking up in the arms of an angel, he wakes up in a medical tent — his right leg gone. With this blow Jeb loses the desire to live, until he meets a man even more severely injured than himself. Taking strength from this unfortunate fellow soldier’s misery, the newly discharged Jeb makes plans to head home.

It’s not an easy road, and Jeb is hampered by his injuries, the dangers of bushwackers and Union soldiers who are raiding the countryside. Ironically Jeb befriends an old slave — now a runaway heading north to freedom. Together they stand a better chance of surviving the chaos and they team up in their travels. Challenges and heartache await them on the dusty trail, but the pair set out for Montana with little more then their courage and dreams of a better tomorrow. 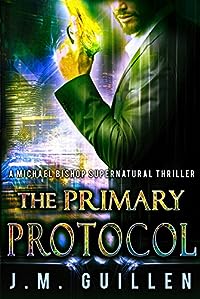 Castaway in a hostile reality. Hunted by telepathic zealots. Trapped within an endless, labyrinthine city… Michael Bishop has been captured by forces unknown.

Stricken with amnesia and wandering within dank, unused tunnels, Asset 108 might be in a situation he can’t snark or seduce his way out of. Accompanied by his terminally gorgeous girlfriend, he finds himself floundering through firefights at the center of an interdimensional web of schemes.

He doesn’t even remember how to use a gun.

A firestorm of bullets and an elegant ruse later, Michael stumbles into an alternate dimension, a terrifying plane of existence far from his own. Now, with a few old friends and none of his fancy technology, Bishop has to navigate a city of intrigue and alien horror.

Inhuman machinations loom in the shadows of this place- schemes that threaten the Facility itself…
The Primary Protocol: A Michael Bishop Supernatural Thriller is the second standalone book in the Dossiers of Asset 108 series. If you like wildly sarcastic characters, other-dimensional weirdness, and zany cybertech, then you’ll love JM Guillen’s action-packed otherworldly adventure! 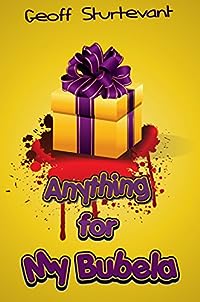 Anything for my Bubela: Just Speculating: Book Two
by Geoff Sturtevant

December, 1985.
Sol Edelbaum, gambling addict, is in deep trouble with the Gambino family. Find out to what extent his doting mother, Edna, will go to protect her degenerate bubela from the Mafia. Learn what really happened that fateful day Paul Castellano was shot down at Sparks Steakhouse in Manhattan. And perhaps most importantly of all, learn how to get a jar of Gefilte fish off the top shelf.
Anything for my Bubela is the author’s funniest work to-date, but not for the faint of heart.