If you’re looking for something different and new, then The Trinity Forest series by Jennifer Alsever comes highly recommended. It doesn’t fit neatly into existing categories but beats a whole new path. One that’s full of traps and people who can’t be trusted. Compelling and creepy. Enjoy! 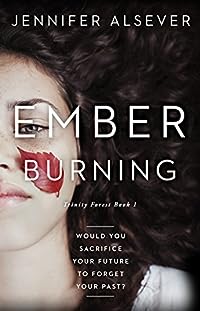 Senior year was supposed to be great, that’s what Ember’s friend Maddie promised at the beginning of the year.

Instead, Ember Trouvé spends the year drifting in and out of life like a ghost.

At home, she pores over her secret obsession.

Pictures of missing kids from newspaper articles, from grocery store flyers that she’s glued inside a spiral notebook. Like her, the people are lost. Like her, she discovers, they had been looking for a way to numb their pain when they disappeared.

Ember finds herself in Trinity Forest one day, a place locals stay away from at all costs, she befriends a group of teenagers who are out camping. Hanging out with them in the forest tainted with urban legends of witchcraft and strange disappearances, she has more fun than she can remember having.

Will Ember confront the truth behind her parents’ death, or stay blissfully numb and lose herself to the forest forever?

The candy-covered wickedness she finds in Trinity proves to be a great escape, until she discovers she can never go home. 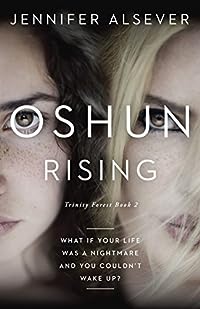 OSHUN has everything a young pop star could ever want-fame, fortune, and beauty to spare.

But there’s something dark inside of her, rising like the tide, fighting to be heard. Something that terrifies her. Because once she lets it out, she knows there’s no going back.

EMBER is drowning. Fighting for consciousness, struggling to make sense of the strange dreams she’s been having – prophecies of murder, deception, and blackmail.

But once she begins to untangle them, she realizes that they might not be dreams at all and if she doesn’t find a way to stop what she’s seeing, more people will die.

MADDIE is barely staying afloat. How can she be expected to care about school when her best friend Ember is still missing, presumed dead?

So when Ember’s brother calls and tells her about his theory about a pop star who may be involved in Ember’s disappearance, she rallies him to take a road trip to check it out. 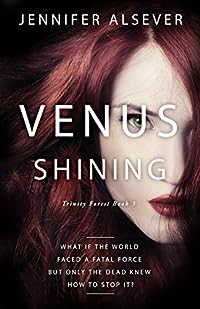 TRIUMPHANT at last, Ember has fought her way back from the evil witch’s curse and reclaimed her identity, her sense of self.

Now she must stop Xintra from hurting the boy she loves, even as she uncovers the truth behind her mother’s dark, twisted past.

REJOICING in her power over the human race, Xintra is closer than ever to achieving her father’s dream””a dream she sacrificed her own life to realize.

But when key members of her team defy her, she must scramble to enact her plan before obedience gives way to anarchy.

BREAKING free from the chains that once bound her to a life of wickedness, Zoe must face the past she once sought to escape in order to save the futures of those she doomed.

Will she make amends with the dead in time to save the living?