Hubby wants a puppy. Not just any puppy, but one that looks like a chocolate version of Junebug. Her name is Tiffany and she is 16 weeks old. No… I just can’t go through another six months of trying to potty train a puppy.  He seems pretty set on her, but I have to put my foot down on this one. I am not even a big fan of puppies and now that I have lived through the six month potty training ordeal, I just can’t do it again. I remember being at a point where I thought for sure I would be cleaning pee off the floor for the next 18 years. I’m pretty sure hubby isn’t going to sneak off and get her. I better keep my eye on him. 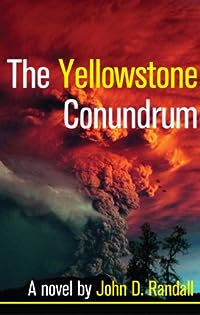 The Yellowstone Conundrum (Is This It? Book 1)
by John Randall

The Yellowstone Caldera, the most dangerous hot-spot on the surface of the earth, erupts with a series of 11.2 earthquakes and spews volcanic ash high into the atmosphere. Six hundred miles away a 9.45 quake under Puget Sound causes massive destruction to Seattle as a tsunami strikes and destroys most of the waterfront.

The Fort Peck Dam in Montana on the Missouri River fails as does the Jackson Dam on the Snake River. The power grid in the Western United States quickly disintegrates, with utility companies fending for themselves. Power outages reach the East Coast.

The Yellowstone Conundrum is a page-turning novel with readers following eight characters as they scramble out of harm’s way on Day One; everyday people put into extraordinary situations, with the President of the United States and his cabinet scrambling in the background to find how to escape from lose-lose scenarios.

The Columbia Generating Plant on the Hanford Nuclear Reservation suffers great damage and begins a meltdown. Bridges in Portland collapse. Infrastructure in the NW is severely damaged and thousands are killed; Salt Lake City, Boise, Denver and every city, town and village in the Pacific Northwest are affected.

The massive Death Cloud from the Yellowstone explosion sends volcanic ash into the jet stream, which then begins to carry the heavy ash south across Wyoming, over Denver until it catches up with a low pressure system advancing across Texas.

Follow army vet Ray Spaulding as he survives the crash of a WSDOT ferry in the tsunami, then manages to save, then lead a handful of everyday people who rally together to save the Seattle Public Library from destruction by gangs.

University of Washington professor Denny Cain and student Karen Bagley vow to get out of Seattle, only to find themselves in a firefight as the local Seattle gangs attempt to claim the night.

Skier Penny Armstrong fights her inner demons by skiing north toward Billings in an attempt to avoid the Death Cloud.

Long-distance trucker Cameron Hedges is forced to step out of character as he first rescues Betsy Jamison, then convinces an entire town to move out of harm’s way.

Robert and Nancy O’Brien, both up-and-coming managers within the Department of the Interior are separated by their jobs, then by the earthquake and explosion. 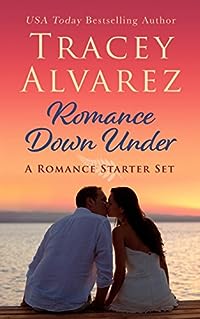 In Too Deep (Stewart Island Book #1)
Two hearts. A second chance. Everything on the line…
Piper is haunted by the ghosts of her past. As an elite police diver, she finds herself forced back to the one place she’d sworn never to return. West lost Piper years ago. She left their small hometown on an isolated New Zealand island, and he stayed behind. Desire and tempers flare when their paths cross again. Can Piper find her way back to the man who broke her heart?

Hide Your Heart (Bounty Bay Book #1)
Hiding in plain sight just got complicated…
Lauren Taylor and her young son fled back to her hometown to escape fame’s cruel spotlight, and all she wants to do is start over. No press, no pictures, no problem. She thought she’d be safe in the middle-of-nowhere, but her sexy new neighbor is about to ruin everything…

Fall in love with these authentic heroes and heroines trying to find their special someone — then read the other standalone books to discover the friends and family who stumble into a once-in-a-lifetime love themselves. 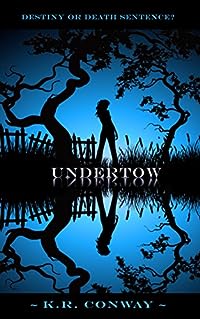 “A laugh-out-loud, hold-your-breath series. Perfect for fans of Stranger Things, Sookie Stackhouse, and the Princess Bride.”

A high schooler’s life goes off the rails when she inherits a house with a murderous past along with an outrageous crew of supernatural rejects… and a killer boy who’s determined to keep her alive.

Eila Walker knows luck is not a friend, so she’s downright shocked to inherit a million-dollar Cape Cod home. And yeah, her new town isn’t perfect: the cheerleaders are heinous clones, the local rip current can kill you, and apparently her Great Grams was fried by lightning in the harbor square. Still, Eila is hopeful her luckless days are in the past.

When Raef O’Reilly becomes her friendly shadow, Eila thinks life is pretty darn perfect. But just as her new hometown starts to feel normal, a beach bonfire party turns into a nightmare when she’s hauled beneath the waves by an undertow WITH ARMS. Raef, no longer able to hide the truth from Eila, must come clean: she’s possibly the last of her kind, a supernatural assassin who should be able to wield the power of human souls as a weapon, just like her murdered Great Grams.

Soon Eila finds herself under the protection of Raef and an outrageous crew of supernatural allies. Unfortunately, she’s now the hottest Must Have on the supernatural black market, and the teenage gang that is trying to guard her is woefully lacking… 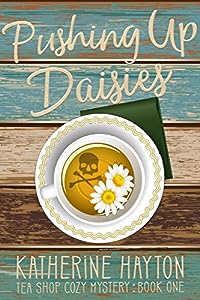 Fifty-something widow Willow Foxglove is looking forward to a cup of tea and a dalliance with the local realtor. Instead, she ends up with a dead body on her doorstep!

When the murder victim is revealed as her ‘kind-of’ boyfriend, the finger of blame points squarely at Willow. To avoid a murder charge, she needs to track down the real killer.

Believing that the local Aniseed Valley sheriff is unequal to the challenge, Willow sets about clearing her name. She must also decide the fate of a gifted Maine Coon kitten, who’s set her allergies ablaze.

As the net tightens, Willow draws on the book-smarts of best friend Harmony and conspiracy-laden facts from second-best friend Reg to help solve the crime. And, of course, she can always rely on handy hints from her favorite TV show of all time – Miss Walsham Investigates!

Tea Shop Cozy Mysteries are quick 1-2 hour reads, perfect for filling in time waiting for appointments, commuting to work, or when your significant other insists on watching a TV show that makes you roll your eyes!

These books contain no swearing, no gore, no cliffhangers, and no graphic scenes. 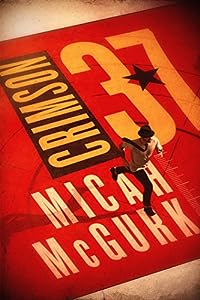 Konstantin, a Russian agent that infiltrates the newly formed FBI in 1937 Los Angeles, struggles to determine who and what he should be fighting for.