Action-packed, nail-biting, heart-pounding, pulse-racing, raw and realistic. This collection by author Kyla Stone is refreshingly brilliant, and are captivating tales of the human spirit. Enjoy!! 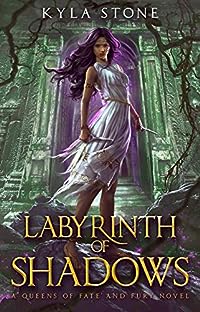 Labyrinth of Shadows: A Greek Mythology Retelling (Queens of Fate and Fury)
by Kyla Stone

A hero sworn to slay the monster. A princess determined to save it. But only one can live… They call me the cursed princess. Daughter of a tyrant king. Sister to the monster. For seven years, I’ve watched helplessly as my father sacrifices human tributes to the Minotaur trapped within the Labyrinth.

When the queen begs me for help, I seize the chance to prove myself–to finally break the curse, rescue my brother, and transform him into his human form. But is there any humanity in him left to save? Or will he try to kill me, too?

Either way, I have to try. I must enter the Labyrinth myself, where darkness reigns and terror lurks…
To survive, I’ll need the help of the tributes, especially brave, heroic Theseus. Determined to free his people from the terrible blood tithe, Theseus vows to slay the monster, no matter what.

But I won’t let that happen.

And I can’t let myself fall for Theseus’s charms either. My quest may cost me everything, including my heart…

To save my brother, Theseus must die.

And I Darken meets Everneath in this haunting historical fantasy adventure based on Greek mythology. Perfect for fans of myths and legends, alternative histories, conflicted characters, and strong female heroines.

*Rated PG-13 for moderate, non-gory violence. No language and no steamy scenes.* 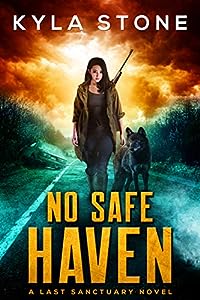 Run to save your life — or stay and fight for what’s yours…
Isolated at her family’s wildlife refuge in northern Georgia, Raven longs to escape. Instead, she spends her days shoveling manure for bears and wolves — until her father contracts the deadly Hydra virus.

Desperate to help him, Raven journeys into town to get medicine, only to discover the outside world is collapsing into chaos. There are no police, no laws, and no hospitals. No one is coming to help.

The wildlife refuge she once resented now offers sanctuary — plenty of food, shelter, and the safety of electrified fences. Using the skills her father taught her, Raven knows how to survive.

But the threat is just beginning. A dangerous gang tracks Raven back to the refuge, and they’ll stop at nothing to take what she has…

Raven can run. Or she can stand her ground, risking everything to defend the animals — and her home.

No Safe Haven is a fast-paced dystopian survival thriller perfect for fans of Hunger Games and Wolf Road. Set in the Last Sanctuary world, it can be read as a stand-alone or in any order within the series. 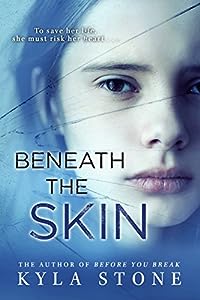 Beneath the Skin: A novel
by Kyla Stone

To save her life, she must risk her heart…
For 18-year-old Sidney Shaw, life pretty much sucks. Her mom’s a drunk. Her dad is worse. At school, she’s bullied by her ex-best friend. And cutting no longer brings the relief she craves.

When Sidney is forced into group counseling, she meets perfect, popular Arianna, the type of girl who grieves over a broken nail. But Arianna has secrets of her own. She might prove herself a friend–if Sidney can let her guard down. Then there’s Lucas, the sweet and funny new guy who sees straight through her tough, snarky façade.

But Sidney’s wounds go deeper than anyone knows. When her secrets threaten to unravel her, Sidney must choose. How far is she willing to go to protect her family? And who can she turn to when the unthinkable happens?

Beneath the Skin is a gritty YA novel exploring trauma and resilience and how we piece our broken selves back together, one shard at a time. For fans of Laurie Halse Anderson’s Wintergirls, Kathleen Glasglow’s Girl in Pieces, and Ellen Hopkin’s Identical. 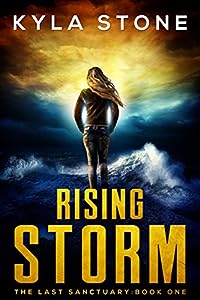 Rising Storm: The Last Sanctuary Book One
by Kyla Stone

A deadly plague. A hijacked ship. The world hangs in the balance…
Though she’s the daughter of a powerful political official, privileged Amelia Black is far from free. To her, the lavish Grand Voyager is just another gilded cage.

For Gabriel, a covert resistance fighter, it’s his one chance at vengeance. His mission: assassinate Amelia’s father.

But when terrorists storm the ship, Amelia and Gabriel are forced into an uneasy alliance. Gabriel is Amelia’s only hope–if she can trust him.

As the lines between enemies and allies blur, they uncover an even greater threat–and it’s already on the ship. Now, they’re thrust into a battle not just for their survival, but for the very fate of humanity.

They each must decide where their loyalties lie–and who they’re willing to betray to protect what matters most. Only one thing is certain: life as they know it is about to end.

If you like apocalyptic thrillers with cool tech, unique settings, and vivid, complex characters, you’ll enjoy this fast-paced dystopian perfect for fans of Legend and Divergent.