My sweet kitty Sinny will not stop jumping up on my lap while I am trying to work. He is acting pretty crazy, so my first thought is we are going to have an earthquake. Animals always start acting crazy just before an earthquake. Junebug doesn’t seem to be concerned at all. She is still sleeping. So maybe not an earthquake. I tried giving Sinny some catnip, but that only distracted him for a few minutes and he is back looking at me pawing my leg. I refuse to feed him again. Now he is starting a staring contest with me. I will not engage. DO NOT ENGAGE! So he won the staring contest. This guy is driving me nuts. This is how crazy cat ladies are made. 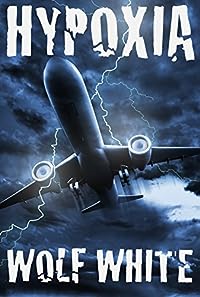 Hypoxia: A Thriller
by Wolf White

Planes have been disappearing, and no one knows why. The public is starting to tire of the official excuses — engine failure, pilot error. Clearly something bigger is at work here.
When mountain climber Amelia “Sky” Burke sets out to climb Everest without the use of supplemental oxygen, she has no idea that the expedition is preparing her for an entirely different battle.
Meanwhile, a shadow organization operates within the NSA, and the man behind it will stop at nothing to annihilate everything in his way.
Too bad Sky Burke is in his way… and she’s also used to getting everything she wants.
What happens when you’re in the wrong place at the wrong time, but everything you do is right?

Warning: humor, cuss words (gasp!), references to drugs and sex, a Sun Tzu loving villain, and all manner of mayhem.

Over a quarter of a million copies sold in The Shadow Demons Saga!! Begin this epic journey against the darkness with the first three books, FREE! For a limited time, get Book 4, Shadow Demons, for just 99 cents.

Dark secrets hide within…
Beautiful Demons
Harper Madison isn’t like other girls. She has extraordinary powers, but her inability to control them has gotten her kicked from so many foster homes she’s lost count. Shadowford Home for Girls is her last chance, and she hopes Peachville High will be the fresh start she needs.

But when evidence ties her to the gruesome murder of a Demons cheerleader, Harper discovers this small town has a big secret.

Inner Demons
Harper Madison is willing to do whatever it takes to get answers about the disappearance of her mother and about her own strange powers. Even if it means joining the Demons cheerleading squad, a secret training ground for witches. The training opens up a new world for Harper. It’s a world of beauty and magic beyond her wildest dreams, but it’s also a world of sinister expectations.

A world where every secret hides an even darker secret.

Bitter Demons
So far, life in Peachville has been tough for Harper. She’s survived attacks on her life, learned how to control her magic, and met the most gorgeous guy with an unbelievable secret. After her latest stunt at Brighton Hospital, life has gotten even more complicated. The Order of Shadows is determined to tighten their control on her life.

When a future Prima from a nearby demon gate comes to town, she and Harper decide to use glamours to switch places at a party. All Harper wants is to have a little fun.

But the night will end in blood.

And Harper will find out the attack was meant for her… 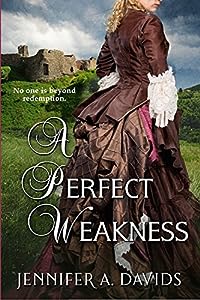 A Perfect Weakness
by Jennifer A. Davids

The Civil War left its mark on Dr. John Turner. He turns his back on medicine and sees his unexpected inheritance in England as an opportunity to start over. But he never imagines how God intends to use his new role as lord of Ashford Hall — or the beautiful woman he finds there — to ease his troubled soul.

A tragic loss led Penelope Howard to bury her heart and dreams in her work for the Hall and the village of Woodley. But the arrival of the new heir stirs not only her discarded longings but her compassion as well. What burden does he carry that he can’t accept that grace covers the darkest of sins?

A deadly epidemic sweeps through Woodley revealing secrets which threaten everything. The doctor faces a choice: leave or dare to believe what the Lord whispers through the woman John has come to love.

No one is beyond redemption. 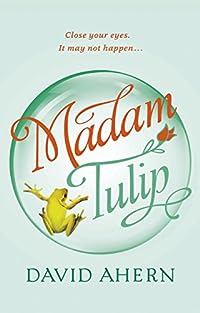 Out-of-work actress Derry O’Donnell is young, talented, a teeny bit psychic… and broke. Spurred on by an ultimatum from her awesomely high-achieving mother, and with a little help from her theatrical friends, Derry embarks on a part-time career as Madam Tulip, fortune-teller to the rich and famous.But at her first fortune-telling gig – a celebrity charity weekend in a castle – a famous rap artist will die.

As Derry is drawn deeper into a seedy world of celebrities, supermodels and millionaires, she finds herself playing the most dangerous role of her acting life.Trapped in a maze of intrigue, money and drugs, Derry’s attempts at amateur detective could soon destroy her friends, her ex-lover, her father and herself.

Madame Tulip is the first in a series of Tulip adventures in which Derry O’Donnell, celebrity fortune-teller and reluctant detective, plays the most exciting and perilous roles of her acting life, drinks borage tea, and fails to understand her parents. 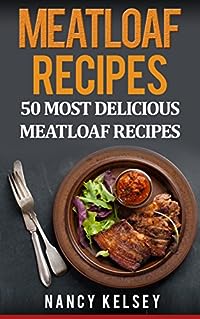 Meatloaf is the ultimate American family dinner dish. Pair it with some mashed potatoes, and you have a
traditional favorite. But few people realize how versatile meatloaf can really be. Adding just a few different
seasonings, vegetables or even fruits, can change the entire dish into something new and delicious.

With 50 of the best meatloaf recipes ever, this recipe book will show you how flexible meatloaf can be.
From cheeseburger meatloaf, cheese & spinach mini meatloaves, to Asian and Mexican inspired
meatloaves and so much more! So dig out your loaf pan, and let’s satisfy those meatloaf cravings!

Here Is A Preview Of What You’ll Learn…

=> 50 Delicious Meatloaf Recipes
=> You’ll find the Following Main Benefits in This Meatloaf Cooking Book.
=> Each recipe in this cookbook is healthy, tasty and easy to prepare.
=> Each recipe is accompanied with a captivating, beautiful and colored picture of the final outcome recipe.
=> Step-by-step directions for preparing each of the recipes that makes the process of cooking much quicker & easier.
=> Ingredient list for every recipe is clearly written and measurements are given in a very simple and easy to understand manner.
=> The navigation between the recipes has been made super easy.
=> The cookbook comes with a Linked table of contents which makes jumping to your preferred and desired recipe very easy by simply clicking on the recipe.