I already know that I would probably be a very annoying ghost. The other ghosts would be all BOO BOOOOO. Me? I would whisper in people’s ears, “Clean your rooooooom”. “There are dust bunnies under the bed..EEEWWWWWWOOOO!” How could I help myself? I am sure when you are a ghost you are assigned to one location, and I don’t want a messy house to haunt. The new occupants would try to burn sage to get rid of me and I would smack them with duster and tell them lavender has a more pleasant smell with calming properties. They would try splashing holy water all over the place and I would add a little Pine Sol and tell them to get to mopping. Just because you are a ghost doesn’t give you the excuse to be lazy and have a dirty home to haunt. It’s not like you don’t have time. 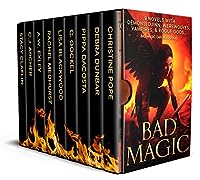 Bad magic can be so good…
These 9 full-length novels of paranormal romance and urban fantasy will keep you on the edge of your seat and up past the witching hour. Black magic, adventure, and romance… they’re all here.

Something this good can’t last forever… download this set before it’s gone!

Chosen by Christine Pope
When a fatal fever nearly wipes out the entire world’s population, the survivors of what became known as “the Dying” believe the worst is in the past…

Dead Rising by Debra Dunbar
Solaria Ainsworth was born a Templar, destined to take up the mantle of responsibility and duty as her family’s Order had done for hundreds of years.
Except she refuses to take her Oath of Knighthood.

Beyond the Veil by Pippa DaCosta
Muse must decide whether to trust a Prince of Hell, or the assassin sent to kill her. Little do they know, she’s more dangerous than both.

Wolves by C. Gockel
When Amy prays for help, Loki the Norse God of Mischief and Chaos isn’t the savior she has in mind.?

The Last Necromancer by C.J. Archer
For 5 years, Charlie has lived as a boy in the slums, but when she’s arrested, her only means of escape lies with raising the dead. Now people are hunting her for her necromancy, but only one man succeeds in capturing her: a man known as Death, as compelling as he is frightening.

Nefertiti’s Heart by A.W. Exley
1861. In a steam and mechanically powered London, feisty Cara Devon uses her dead father’s secret notebook as a guide in her pursuit of powerful ancient artifacts.

Lost Wolf by Stacy Claflin
She’s hiding a dark secret. It already killed her once.

Thunder Hunter by Rachel Medhurst
For Thor to Live, Thunder Hunter must die. For a thousand years, Thor’s power has been inside Trygger. Can he finally defeat the Fallen Ones to give it back?

Sorceress Awakening by Lisa Blackwood
When Lillian finds herself facing off against vampires, help comes from an unlikely source — the stone gargoyle who has been sleeping in her garden. In a heartbeat, her ordinary life becomes far more complicated, and if her overprotective, shape-shifting guardian is to be believed, there’s an evil demi-goddess just waiting for the chance to enslave them both. 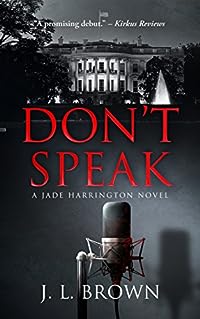 The nursery rhyme was wrong. Words can hurt you.

Ambitious, twenty-something FBI Special Agent Jade Harrington cuts her vacation short to investigate the murder of a conservative radio personality only to discover that he may be the victim of a serial killer. Whitney Fairchild, the elegant and charismatic Democratic senator from Missouri, campaigns in a cutthroat race for president of the United States. Cole Brennan, the most popular conservative talk-show host in the nation, battles nightly to save his country and help the incumbent Republican president maintain his ‘inner conservative’ to win re-election.

The lives of Jade, Whitney, Cole, and the killer — who has an agenda of his own — are on a collision course. That course will not just impact them each in ways they could never have foreseen, but also the future of the United States of America. Amidst a backdrop of contemporary power politics driven by the influence of talk radio and social media, DON’T SPEAK thrills even as it explores many of the complex issues facing Americans today. 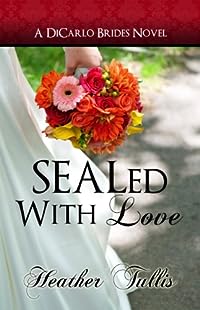 It isn’t Sage Parker’s fault that she mistakes former Navy SEAL Joel Watts as the stalker who had been sending her disturbing letters–he shows up every time she turns around. Too bad her father doesn’t tell her he sent Joel to protect her. When the stalker tracks Sage from LA to her new job in Colorado, she’s glad to have Joel on her side. She didn’t plan to falling in love with him though — now if he would see her as more than just a client.

Joel takes his job as head of resort security seriously, but Sage is his number one priority, and the one woman he can’t get out of his mind. He isn’t sure if he believes in her precognition, or some of her other hokey beliefs, but he soon finds he can’t live without her. He just has to catch the stalker before he or Sage end up dead. 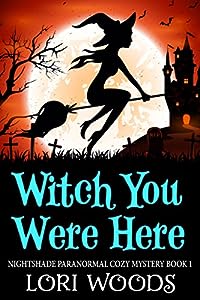 A routine trip to the vet begins a wild adventure when Suzy Maycomber and her cat, Snowball, take a shortcut through the cemetery and find themselves in the mystical land of Nightshade, where magic exists and cats talk. Only the librarian, Rachel, the most powerful witch in Nightshade, can help Suzy get home.

Desperate to find her way home, Suzy reluctantly agrees to take Rachel’s place as Nightshade’s resident witch, where she’ll have access to the spell books that might hold the answers she needs. But her search for the truth draws Suzy ever deeper into danger. There is someone – or something – in Nightshade that doesn’t want Suzy to get home. Rachel’s murderer is prepared to kill again – and Suzy may be next.

If Suzy wants to get home, she’ll have to learn to be a witch first.

Witch You Were Here is the first book in the Nightshade paranormal cozy mystery series.

This is a full-length and humorous paranormal cozy mystery novel. 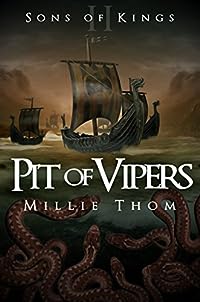 Pit of Vipers (Sons of Kings Book 2)
by Millie Thom

In Pit of Vipers, the second book in the Sons of Kings trilogy, the lives of Alfred of Wessex and Eadwulf of Mercia continue to unfold against the ever increasing threat of Danish raids.

Now back in his homeland, Eadwulf sets out on his determined quest for revenge, whilst Alfred’s leadership skills develop at the courts of his successive brothers. Before long, those skills will be put to the test…

The Danish invasion of the Anglo-Saxon kingdoms in 865 is merciless and relentless. Every year more Norse ships come to join their comrades in a quest to plunder for wealth and gain domination over the people.

The Wessex king is now Aethelred, Alfred’s last surviving brother, and Alfred becomes his trusted second-in-command. Whilst the Danes take kingdom after kingdom, the brothers wait with baited breath for them to set their sights on Wessex.

By 869 their worst fear is realised.

In the meantime, Eadwulf pursues the objects of his revenge. 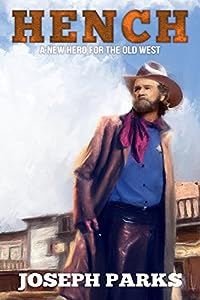 A New Hero for the Old West

Hench, a loner and a lawman, arrives in a small town the day a soiled dove is killed. With the murderer, Big Pat, locked away, Hench is ready to move on. But then Big Pat’s gang tries to kill Hench and the sheriff and break their leader out of jail. And that’s just the beginning of Hench’s troubles.

An exciting Western full of action and twists!