Hubby brought home some really cool and interesting chicken marinades. My only thought was “WOW! Now I can make really cool and interesting dried out chicken.” I wasn’t sure if I should say thank you to hubby or tell him to take a few Tums, grab a bucket of water, cuz it’s going to be a cool and interesting dry kinda dinner. I might be a little grumpy because last night I actually ruined per-marinated chicken kabobs. I had one job to do, and I blew it. I am not a big ham person, and I am pretty sure if I ruined steak I could be arrested, so I always try to cook chicken. I go to the store, I look at the packages of chicken, and I think to myself, “I Can Do This!” No…no I can’t. I think I am going to make my family go vegetarian. At least during the week. We can be meat eaters on the weekend when hubby cooks. NOM NOM NOM! 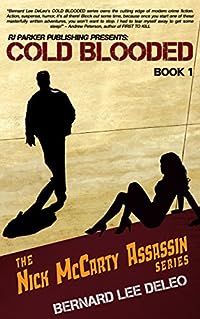 Lots of action scenes with a high body count. A dab of humor adds to the story for an enjoyable read.

Rachel Hunter witnessed her husband being murdered a year ago and since then, her and her 7 year old daughter, Jean, are in the Witness Protection Program. Rachel works as a waitress, and is at work when she first meets Nick McCarthy, a New York Best Selling Author of an Assassin book series. However, his writing is a cover for his real profession, an Assassin. His next assignment – take out Rachel Hunter, but Nick can’t do it, and instead, helps protect Rachel and her daughter in what becomes a cross-country killing spree to eliminate the people who ordered her hit. 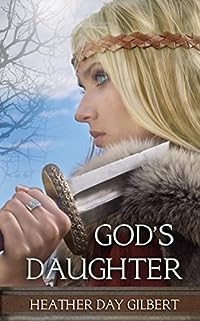 One Viking woman. One God. One legendary journey to North America.

In the tenth century, when pagan holy women rule the Viking lands, Gudrid turns her back on her training as a seeress to embrace Christianity. Clinging to her faith, she joins her husband, Finn, on a journey to North America.

But even as Gudrid faces down murderous crewmen, raging sickness, and hostile natives, she realizes her greatest enemy is herself–and the secrets she hides might just tear her marriage apart.

Almost five centuries before Columbus, Viking women sailed to North America with their husbands. God’s Daughter, Book One in the Vikings of the New World Saga, offers an expansive yet intimate look into the world of Gudrid Thorbjarnardottir–daughter-in-law of Eirik the Red, and the first documented European woman to have a child in North America.

This novel is based heavily on the Icelandic Sagas and is written from a Christian worldview. 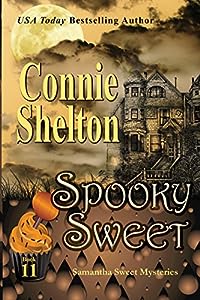 “As with all Connie Shelton books, a fantastic read. Can’t wait to move on to the next one.” –5 stars

Now that Samantha Sweet has a contract to provide her special handmade chocolates for the wealthy jet-set clients of Book It Travel, Sweet’s Sweets bakery is taking on a whole new dimension. Only problem, Sam isn’t ready. It’s almost Halloween, her pastry shop is bursting at the seams and she needs extra employees but there is no place to put them.

Right before the witching day, she comes upon a large Victorian house she can adapt for the business, and it seems her problem is solved. But is it? The mysterious, spooky noises at night are way more than the normal creaks and groans of an old building. Something else is going on and Sam suspects it may be related to her husband’s newest case, investigating where an abandoned duffle bag crammed full of cash came from. Beau is dealing with a greedy reward-seeker, a robbery with no leads, and a waif who appears and vanishes. Sam’s mystery has her watching for ghosts and working almost around the clock. Is she relying on magic? — well, occasionally.

EARTH HAS CHANGED. The old world order collapsed following the meteor impacts of 2031 when fireballs rained down from the skies, instantly vaporizing millions. Billions more died during the Long Winter and resource wars that followed.

Over one hundred years have passed since those devastating events and new societies have formed around the globe. In North America, the fragile peace that exists among the continent’s independent nations and city-states is under threat. The ambitious Grand Guardian of the People’s Republic of America is mobilizing his massive war machine in order to make real his dream of reunifying a former great power.

But on the eve of the offensive, a leading scientist dies under mysterious circumstances, though not before he entrusts another with the key to unlocking a secret. A secret so powerful, it could not only unravel the Grand Guardian’s designs, but also doom, or save, all of humanity. 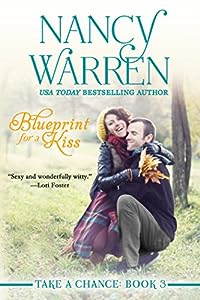 Blueprint for a Kiss (Take a Chance, Book 3)
by Nancy Warren

You can design a perfect life, then a woman comes along and messes it all up!

Prescott Chance is the go-to architect for the wealthy and famous, which has made him more wealthy and famous than he’s ever wanted to be. He turns down more commissions than he accepts and is extremely private. Holly Legere is barely making ends meet between rent and student loans. As an assistant to Alistair Rupert, the notoriously difficult industrialist, she works night and day for slave wages, hanging on in hopes of a promised promotion in his huge organization. When Alistair Rupert’s wife decides she wants a Prescott Chance designed house, and Prescott turns her down, it’s Holly’s job to make the choosy architect change his mind. And Holly is a very determined woman. In this modern romantic comedy, she’ll go to any lengths to get him to design her boss a house, including pulling in his huge family for support.

This is the third book in the Take a Chance series, though the books stand alone.