I have talked enough about Christmas over the last few weeks. I blame this on Hallmark’s Original Christmas movies in July, but I seem to be past it now and I need to worry about more pressing issues. Halloween. Yes yes.. I know..too early, but it’s not. This year I want to to win the group costume contest at the Willits KOA Halloween Spectacular this October. It’s a pretty popular event, and once you have booked a spot, you get first rights to that spot the next year. This of course means you see the same people year after year. This will be our third year. The past few years the same two families have beat out everyone for best costumes and best group costumes. There is no doubt they deserve those awards. Their costumes are AMAZING! Seeing what their costumes are each year is a huge part of the fun. I think I mentioned it before that I want the whole family to be Demigorgons from Stranger Things. But the costumes can’t just be regular costumes…they have to have that special something something added, so I am going to try and make the faces open up to scare people. Hubby thought it would be too complicated, but one tiny search on YouTube came up with some great results. No reason to reinvent the wheel. Just YouTube it!! 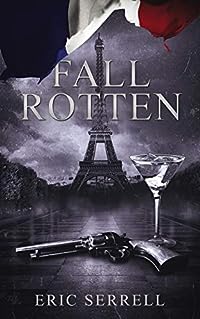 A vault full of French fascist gold just waits to be taken.

It’s the early days of 1940 and Paris has settled into the new normal — a war where no one’s bothered to show up. As uncertainty permeates the darkened City of Light, a secretive organization works to concentrate the wealth and power of France with a select few. For them, Hitler is an ally.

For Les Boots, things could not be more in their favor. After a decade of breaking hearts and getting by, the sexy and sophisticated trio of con artists decide it’s time for something completely different. How hard, after all, could heisting a vault be? With the help of an English boy’s gift for forgery, a German Jesuit with a knack for truck engines and hopscotch, and a Danish soloist who keeps her fingers loose by busting strongboxes, Le Boot Hill Gang mount up and take on le beau monde of Paris.

They’re sure they can deal with the dogged investigator, the murderous terrorist, and the nasty rival gang. They think they can even manage when the neighbors to the east finally get around to invading.

But none of them counted on the relentless pursuit of a spoiled society girl, out to get whatever — or whomever — she wants. 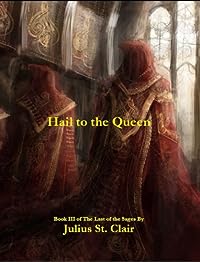 Hail to the Queen (Book #3 of the Sage Saga)
by Julius St. Clair

The Sages have been scattered and the mission has been thrown to the wayside.

Alone in a foreign land, James and Princess Catherine must fight for their survival and love against hostile forces rivaling the power of gods.

The King of Zen-echelon has arrived, and with him is a plot to bring a dark age so unimaginable, even the Sages’ enemies begin to seek their assistance. Powerful beyond belief, it appears that no one can topple the King on their own, and it soon becomes apparent that it will take nothing less than a leader and a Queen, to unite them all against their common foe… 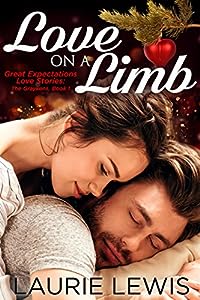 NAMED BEST NEW FICTION 2018 by New Apple Literary!
When love alone isn’t enough to save the one you love, you might also need a little miracle.

Matthew Grayken is young, successful, and dying, which is why he’s about to propose to a total stranger. He isn’t interested in love. He needs a caregiver, a companion, and someone to be his legal voice when he can no longer speak for himself.

Lonely, compassionate nurse Mikaela Compton is intrigued by Matt Grayken’s tender request, but when their friendly marriage turns into love, she rejects the inevitability of Matt’s death and prays for a miracle instead.

Mikaela succeeds in reigniting Matt’s will to fight, but his body is losing the battle, and her determination to save him causes her to betray the fundamental promise she made him–to help him die.

Their last hope at saving Matt’s life will require a sacrifice from each of them, and force them to decide how far out on a limb they’re willing to go for love. 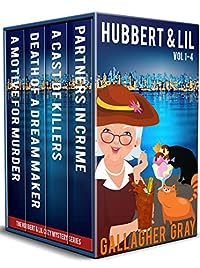 To know Aunt Lil is to love her. Everybody’s favorite senior amateur sleuth is eighty-four years young, with a taste for Bloody Marys at any time of day, a fine-tuned appreciation of life’s other pleasures, and a world class talent for detecting. Her nephew, Theodore Hubbert — T.S. for short — is her witty, beleaguered sidekick in a quartet of wild adventures that careen from the staid Wall Street bank where T.S. spent thirty years, through Hell’s Kitchen and Manhattan’s fashion world, with a grand finale at the ballet.

The dynamic partners in crime reveal an impressive array of smarts, street savvy, and moxie, mixed with a poignant compassion for those embroiled in the professional jealousies, chilling family secrets, and sexual predation they uncover. They’re a thoroughly endearing odd couple — T.S. with his perfectly groomed appearance and impeccably ordered existence (overseen by his imperious felines, Brenda and Eddie) is the perfect counterpoint to the captivating force of nature that is Auntie Lil.

Before he’s even had his first post-retirement cup of coffee, a murder in the stuffy Wall Street bank from which T.S. retired hours earlier launches his second act. With partners dropping like flies, his flamboyant Auntie Lil steps in to facilitate his career change from personnel manager to amateur sleuth.

Auntie Lil has “volun-told” T.S. into serving lunch at a Manhattan soup kitchen when suddenly a little old lady jumps up, clutching at her throat… and drops dead. The soup kitchen regulars, a crew of snooty failed actresses from the Eisenhower era, appear so grief-stricken that Auntie Lil (once again) offers up her nephew’s services, this time to sort out the woman’s real identity. After all, T.S. muses, it’s not like she was murdered.Famous last words.

As we should expect, the brilliantly vital Auntie Lil has a colorful past — which includes a larger-than-life love affair with a fabled multimillionaire. But when the gentleman suddenly asks to see her after twenty years and then is killed in a car bomb explosion in Manhattan, Auntie Lil sets out — with trusty T.S. by her side — to solve the puzzling crime and clear Max’s name of suspicions of mob-entanglement.

A MOTIVE FOR MURDER ((Hubbert & Lil Cozy Mystery Series Book 4)
THE DANCE OF THE DANGLING CORPSE: MURDER AT THE BALLET

When a body is discovered swinging from the curtain at The Nutcracker, the Dance of the Sugar Plum Fairy takes on a whole new meaning. As the ballet board’s latest member, Auntie Lil is a natural to investigate the murder. She even takes her first ballet lesson — stay tuned for hilarity! 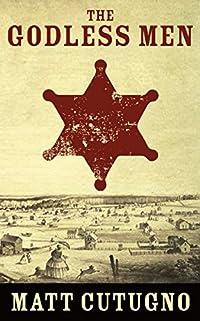 THE GODLESS MEN
by Matt Cutugno

In the classic American Western-style, veteran author Matt Cutugno weaves a riveting story of two men struggling to survive in the days following the Civil War in his new novel, THE GODLESS MEN. The time is 1868. Three short years after the awful destruction caused by the war. The place is the Kansas-Missouri border. A land savaged by years of bloody fighting.

Two men share a common past. First as boys riding for the famed Pony Express; then as soldiers bravely serving opposing sides in battle. One blue. One gray. When the war was over, they each sought new lives. One became the sheriff of Lawrence, Kansas. He is a good, though lonely, man who sought peace in troubling times. The other, a rebel from Missouri, now a hired gun, who found himself a wanted man, accused of terrible crimes.

Destiny brings them together again in THE GODLESS MEN as their lives play out against a backdrop of the post-war exploitation of the West. Railroads rule the day as the seemingly endless prairie becomes more civilized, driving the Indians further from their ancestral homes, while slaughtering the vast herds of wild buffalo. Moneyed and greedy men are everywhere. They pull the strings and call the shots.

Amidst such volatile days, can a sheriff find contentment in the law and can an outlaw find solace running from it? Only time and fate will tell.