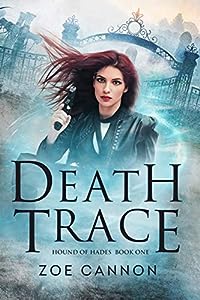 It’s been ten years since Mal died. Five years since the god Hades dragged her from the underworld and forged her, through blood and pain, into his living weapon. And in five minutes, the only other agent of Hades she trusts will die.

Someone is assassinating Hades’s agents all over New York City. If Mal can’t find the one responsible, she’ll be next — if she’s lucky. If not, she’ll watch everything she cares about go up in flames first.

Mal didn’t choose this life. But now it’s all she has. And she’ll be damned if she lets anyone — human or god — take what is hers. 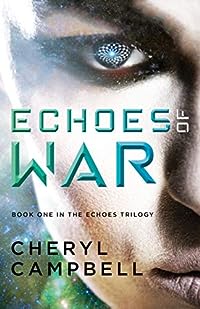 Echoes of War: Book One in the Echoes Trilogy
by Cheryl Campbell

Decades of war started by a genocidal faction of aliens threatens the existence of any human or alien resisting their rule on Earth. Dani survives by scavenging enough supplies to live another day while avoiding the local military and human-hunting Wardens. But then she learns that she is part of the nearly immortal alien race of Echoes — not the human she’s always thought herself to be — and suddenly nothing in her life seems certain.

Following her discovery of her alien roots, Dani risks her well-being to save a boy from becoming a slave — a move that only serves to make her already-tenuous existence on the fringes of society in Maine even more unstable, and which forces her to revisit events and people from past lives she can’t remember. Dani believes the only way to defeat the Wardens and end their dominance is to unite the Commonwealth’s military and civilians, and she becomes resolved to play her part in this battle. Her attempts to change the bleak future facing the humans and Echoes living on Earth suffering under the Wardens will lead her to clash with a tyrant determined to kill her and all humankind — a confrontation that even her near-immortal heritage may not be able to help her survive.

A SPECIAL PONDEROSA RESORT NOVELLA!
Rule one when seeking a secret mountain hideaway: Be certain the cabin’s unoccupied. Also, make sure there’s no blizzard coming.

I’ve screwed up all of that before I get the key in the door, which shouldn’t be a shock. God knows I’ve messed up plenty of things lately. Is it too much to want a hideout from Hollywood headlines in a place no one knows my name?

Maybe not, since Gretchen Laslo has zero clue who I am. That’s the upside of being snowed-in with a stunning professor whose impressive list of appliances includes two ice cream makers and no television.

The downside? Cocoa and blanket forts lead to toe-curling sex, which leads to me kinda-sorta forgetting to tell her the paparazzi’s on my tail.

It’s a matter of time before she finds out. When that happens, our wintry romance will melt faster than a snowman boning in a sauna. 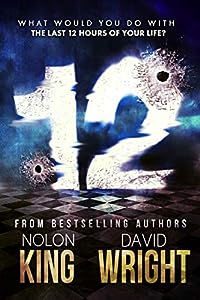 What Would You Do With the Last 12 Hours of Your Life?

At 6 p.m. on a Wednesday in October, a gunman will enter Goldman’s Diner and commit one of the worst massacres the small coastal town of Palm Isles, Florida has ever seen.

Twelve hours earlier: twelve lives are on borrowed time, unaware that death is coming, or that their paths will collide in one tragic moment.

A young waitress and mother fights to protect her daughter from her violent estranged husband. Little does she know that a greater threat looms under her nose.

A cop is forced to decide between his job and his marriage.

A bullied teen with an abusive father is down to one friend when his world suddenly crumbles around him.

An old man struggles to hold onto his memories and do one last thing to honor his wife. But in doing so, he will have to reveal his darkest secret.

A cook with a shady past attempts to stay on the straight and narrow, until he gets a call which forces him to choose — his family or his honor?

A woman attempts to meet her father’s expectations, clinging to a struggling diner even as her relationship with her son falls apart. 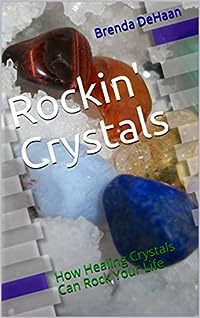 Rockin’ Crystals: How Healing Crystals Can Rock Your Life
by Brenda DeHaan

What’s crystal healing all about, anyway? Rockin’ Crystals answers this question and many others in a down-to-earth manner geared for beginners. Sharing anecdotes and intriguing information, this book will enhance your life by explaining how to connect with your crystals.

Highlights:
*See 130 interesting, colorful photographs of rocks and minerals, crystal grids, chakras, and auras.
*Learn about dyed vs. natural crystals.
*Explore ways to store and display your crystals collection.
*Receive instructions on how to do a crystal layout on yourself.
*Feel more energy!
*Honor your intuition.
*ROCK your life with the healing power of crystals!