So when do we start decorating for Valentine’s Day? Some of my neighbors still have their Christmas decorations in the yard. They can’t blame the weather stopping them from taking it down, because it has been nice and sunny here. I guess if the lights are red or white it’s no longer Christmas. Nope.. now they are Valentine’s Day decorations. SMART! 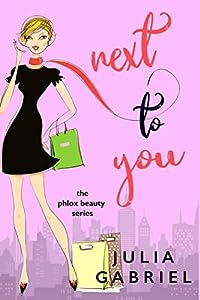 Next to You (Phlox Beauty Book 1)
by Julia Gabriel

A woman struggling with her changed appearance overcomes her personal demons and finds love where she least expects it — in her own backyard (literally) — in this Romantic Times Top Pick romance by Julia Gabriel.

When cosmetics mogul Phlox Miller retreats to her country estate to recover from an accident and regain her mojo, she finds herself rescued on the very first day by Jared, the mysterious, prickly — and very private — caretaker her assistant hired. She wants merely to thank him, but he wants nothing to do with her.

The harder she tries to befriend him, the harder he tries to avoid her. Just when Phlox thinks they’re finally making progress — as friends and more — the life he’s been hiding bursts into the open and reveals who he really is. Can Phlox and Jared salvage their love when her very public life is everything he needs to avoid?

A standalone romance with a scarred — but sexy AF — billionaire and a beautiful — if nerdy — CEO heroine with hidden scars of her own. No cliffhanger. Seriously steamy. 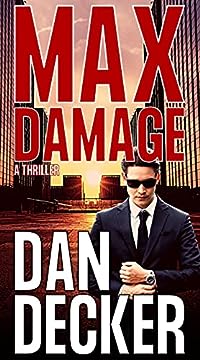 A FORMER FBI AGENT IS DENIED PAROLE AND ON HIS WAY BACK TO PRISON.

Former Fed Jason Maxfield is seven years into a ten-year prison sentence. With his hopes of an early release dashed by the parole board, he resigns himself to serving his sentence.

But his day is about to get much worse.

HIS PRISON TRANSPORT IS STORMED BY ARMED MEN WHO THREATEN HIS FAMILY.

Armed men storm the bus. Jason’s old adversary leads them. He threatens Jason’s ex-wife before knocking him unconscious. Not only that, but the daughter whose name he doesn’t even know is also at risk.

Jason regains consciousness and realizes his choice is simple: he can return to prison or he can use the key his enemy left lying within reach to free himself.

HE HAS NO CHOICE BUT TO RUN.

He takes the second option, desperate to get to his ex-wife and daughter before his sinister adversary can find them.

Can Jason do the impossible?

What price is he willing to pay?

Buy your copy today to find out!

Jason didn’t glance at the guard or bother to answer. The inmate across from him glanced at Jason’s face and shrunk back. Jason frowned at the man. It was important to keep up appearances. There was one rule in here that everybody understood.

If they feared him, he would be left alone. That was what he wanted. He wanted to do his time and get out. One year from now, three years from now, it did not really much matter.

“I’m talking to you, Maxfield.” The guard’s voice was agitated now. “Do you understand?”

“I heard you.” Jason still didn’t look his way. He could sense the man was unnerved by the lack of respect, but Jason did not care. The man knew better than to push him.

Jason stared at the man across from him with unblinking eyes. The man swallowed. He was in a different cellblock. They had never run into each other until today, something the man was probably reminding himself of while trying to avoid Jason’s gaze.

“Smith.” Jason spoke so quietly that it was a wonder the man heard.

The man went pale and tried to move away, but the chains on his feet kept him secured. He looked around, almost as if thinking about asking the guard to move him, but he must have thought better of it because he remained silent.

Jason continued to study the man as he made a conscious effort not to look at Jason. Their eyes made contact when he finally did.

Jason tilted up the corners of his mouth in a mocking smile.

If Smith had been white before, he looked like a ghost now. He had just opened his mouth when a skidding noise at the front of the bus drew their attention.

A smoke grenade bounced across the floor.

An heiress on the run. A heartbroken Amish man, sleep-walking through life. Can true love’s kiss break the spell?

After his wife dies and he returns to his Amish community, Dominic feels numb and frozen, like he’s under a spell. When he rescues a woman from a car wreck in a snowstorm, he brings her home to his mother and six younger siblings. They care for her while she sleeps for several days, and when she wakes up in a panic, she pretends to have amnesia.

But waking up is only the beginning of Snow’s story. Snow’s real name is Adriana Daniels, and in order to protect herself and her niece from a dangerous relative, she must keep her true identity a secret from Dominic and his family. So, she pretends to have amnesia, hiding out within the Amish community, lying to everyone–especially Dominic.

As Adriana and Dominic grow closer, she feels more guilty with each passing day about lying, especially after they took her in when she was a stranger. But time is running out, and Adriana’s niece needs her now more than ever.

Can Adriana trust Dominic with her secret, even if it means he’d risk losing everything to help them? 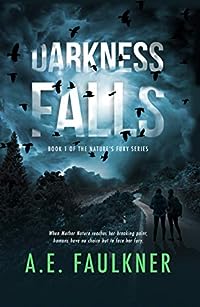 What if Mother Nature finally tired of human destruction and decided to fight back?

My family’s summer vacation ended before it began. A massive earthquake made sure of that when it devastated the East Coast.

Now my sister and I are stranded alone, a hundred miles from home with no phones, no car, and no money. We’re down to our last crumbs of food. For the past week, we’ve cocooned ourselves from the outside world but we can’t stay hidden much longer. We have to find a way home. If it’s even still standing.

There’s no choice — we’ve got to face Mother Nature’s evolving fury, as well as the species that pushed her past the breaking point. And I have an awful feeling we’re about to find out which is worse.

Join Quinn and Riley as they struggle to figure out who they can trust as they face mounting disasters and unthinkable challenges that stand between them and home.

Their journey begins in Darkness Falls…
Note: This is book 1 of 5 in the Nature’s Fury series. 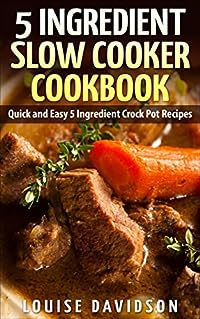 Have you ever found yourself going home, tired after a long day, only to discover that you still have to cook food? The prospect of having to prepare several ingredients, use a frying pan or an oven, and then perform other complicated and time consuming tasks may either make you to order out or skip dinner altogether.

If think about it, using a slow cooker can solve all this. It will make you save time and energy and money. What’s not to like? On top of that, if you only need five ingredients to prepare your meals, and 15 minutes to make it, it’s even better!

Slow cookers allow you to go home with food not only ready for you to eat, but also still tasty and warm at the same time. All you have to do is to prepare the ingredients in the morning, put all of them in the slow cooker and leave it. No mess, no dishes to clean, and not much effort compared to other kitchen appliances. This also means less work and faster preparation time. You arrive at home with a one-pot meal ready to eat. It will give you more time to enjoy your meal.
Compared to ovens, slow cookers require a significantly lower amount of electricity. This means lower bills for you to pay. Another money-saver is that with slow cookers, you can buy the less expensive, tougher meats. Instead of the expensive choice cuts, you can use the tougher meats because the slow cookers will make the meat more tender.

Take note that I don’t count salt and pepper, water, and cooking spray as ingredients.