I want to state for the record that there was never a fourth Indian Jones movie ever made. This is fact. 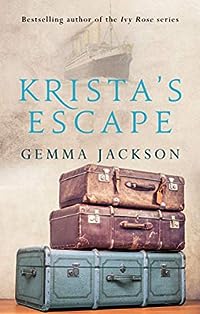 1938 – Krista is living and working in the tiny village of Metz on the French-German border.

The world she has lived in all her life is changing. There is a feeling of oppression in the air. People no long stop to chat with their neighbours. Young men she grew up with are joining Hitler’s Youth – becoming disruptive bullies.

Then Krista overhears a conversation that will change her life. She must escape. Without a plan and with no time to think, she hides in the back of a car driven by an Englishman – and finds herself being driven through France into Belgium and finally sailing to Great Britain.

Will this new life be any better than the one she left behind? 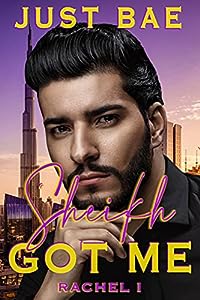 A Sheikh Got Me: Rachel: The Stolen Bride (The Desert Prince BWWM Captive Lovers Series Book 1)
by Just Bae

A black college student was kidnapped off campus after her final exam.
Her captor, a hot billionaire prince, who holds the keys to all she could possibly desire!

Rachel Johnson is being held captive by the richest family in the Gulf to be the sheikh’s first bride. She’s contemplating the sheikh’s mother’s offer for an arranged marriage especially after her heart was nearly snatched out of her chest the minute she saw her eldest son, Naseem.

If Rachel refuses the offer, she may face banishment to live in the hottest desert on earth as a maid or even worse. 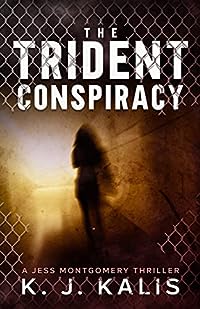 Twelve-year-old Abby Montgomery is gone…
A Saturday morning stop at South Ridge Bank with her aunt, intelligence analyst, Jess Montgomery, sends the family on a high-stakes rescue mission to save Abby after she’s kidnapped in a bank heist.

The kidnappers want one thing, and one thing only – an invention that’s so secret it’s a matter of national security.

Jess has nowhere to turn. Involving the police will get Abby, and probably the rest of the family, killed.

Can Jess save her niece and protect the secret that she’s been entrusted with? Can she get justice for the family in the process?

Thirty-five years of peace. One vicious attack destroys it all.

Reservist Lieutenant Justin Spencer loves every minute of flying fighters through space during his annual two-week tour with the Coalition Defense Force. The job back home isn’t nearly as thrilling as blowing up asteroids with the squadron under his command, but it keeps him close to his wife and daughter. After all, joining the CDF was only for the free education. Justin never expected a battle, much less a war.

With one shot across his cockpit, peacetime fades into memory.

An unexpected enemy emerges with overwhelming force designed to obliterate the Terran Coalition. The League of Sol has a different name, but it’s the same communist regime that chased away much of Earth’s population hundreds of years ago.

Illusions of returning home are shattered in a single instant. Simulated battles become all too real, and it’s full-on engagement or permanent elimination. Death and destruction erupt across the Terran Coalition and leave Justin in a protracted war with only one truth remaining.

The battlefield will leave no one unscathed. 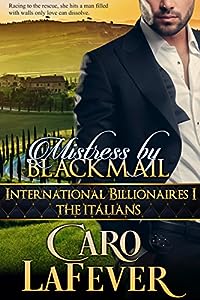 Mistress By Blackmail: International Billionaires I: The Italians
by Caro LaFever

A cold-hearted business tycoon. A strong-willed starving artist. A battle for each other’s heart both must win.
Determined to save her best friend from an arranged marriage, Darcy Moran marches into Marcus La Rocca’s boardroom intent on forcing him to release his younger brother from the commitment. Except she’s up against a formidable foe who’s not only sure the marriage should happen, but takes one look at her —

And wants her far away from his brother.

Blackmailed into being his pretend mistress, Darcy finds herself transported into a world of luxury and high society, something a poor artist knows nothing about. Still, she’s not a girl to be intimidated by anyone or anything, and she manages to reject all of Marc’s lures even though lust for him threatens to overcome her will.

Marcus knows women and he knows what they like. But no matter how many gifts he showers on Darcy, she refuses them all. Frustrated with lust and entranced by her charms, he finds himself falling in love.

An emotion he promised himself he’d never feel again.

Mistress By Blackmail is a standalone story with a happily-ever-after ending. It’s part of the sweeping International Billionaires series — books that take well-loved stories and place them in exotic locales. In this retelling of the beloved Sabrina story, you’ll visit a rich penthouse in London, a fabulous hotel in New York City, and a cozy cottage in the Tuscan hillside. Join Caro LaFever for the other modern fairy tales in the series listed below.