Tie Your Shoes For Ten Points

HAPPY MONDAY!!!  I like Mondays. After a great weekend of camping and hanging out with friends and family, a nice quite Monday is welcome. No one expects much from anyone on a Monday. They are always impressed when you are able to get up, get dressed, and go to work or get the kids to school. You get bonus points if your hair is brushed. I will not be getting the bonus points today, and that is just fine with me. My second cup of coffee is kicking in. I might just go a little crazy and wear shoes with laces and not just slip-ons. WHOA!! Getting a little crazy in here!

What Doug finds in the secret compartment of his new red Corvette will forever change his life. It will also change Catherine’s. Doug and Catherine come from two different worlds. Catherine’s world is one of privilege and wealth. Doug grew up dirt poor and full of envy of others who had the things that he wanted but could not have. His goal was to one day have all the things he coveted. Their worlds collide when Catherine, VP of a large New York City marketing firm, hires Doug. As soon as Doug learns of Catherine’s wealth, he sees Catherine as his ticket to all the things he covets. After a whirlwind courtship, they are married.

Poor boy meets rich girl should have resulted in happily ever after — not exactly. Doug quickly learns he also covets independence. Events begin to unfold in each of their lives. For Doug, it is his mysterious discovery in the secret compartment of the Corvette. For Catherine, it is a business meeting with Alex Droxell at the Osprey Cove Lodge. When Catherine enters the beautiful and serene lodge, it’s as though she is entering another place and time. The lodge is an escape from the nightmare she is living back home.

When Ashes Fall (Moments In Boston)
by Marni Mann

It’s been said that you can’t love two men at the same time.
You can’t split your heart, soul, and body in half.
But I’m here to tell you, you can.
Dylan Cole is like ice, sharp and unpredictable, the thunder inside a tumultuous storm.
Smith Reid is warmth, soft and gentle, perfect like a sunny day.
Both are mine.
But I can have only one.
There are two sides to this tale.
I’m here to tell you mine.
If you think this story is about a cheater, you couldn’t be more wrong. 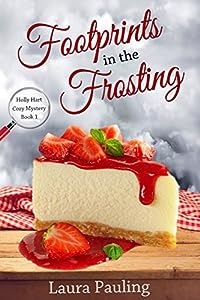 No one ever said murder was good for business.

Holly Hart is a smart, savvy, strong young woman leaving her hometown behind to start a specialty cheesecake shop. She’s alone, new in a small town, with her small dog.

Then, the murder happens.

Yes, it was murder. No, she had nothing to do with it.

But, she becomes a prime suspect anyway.

With her opening day delayed, Holly deals with the local hot cop, as she puts her sleuthing skills to the test to save her business and her name.

With the help of her dog, Muffins, she needs to find the real murderer.

Before the killer looks to frost someone else…

In a remote village, on the edge of a corrupt empire, Minna Hunter wakes one day to find small orbs of light flitting through the trees. But Minna’s delight at finding she has spirit sight soon turns to despair. In the Empire, communing with spirits is punishable by death. Branded a witch, she resigns herself to a lonely existence.

When her sister, Alyn, gains spirit sight, Minna promises her she will never leave her alone. But titanic forces are at play, forces with Minna and Alyn’s fates in mind. When the Inquisition captures Alyn, Minna must leave her small life and step onto history’s grand stage.

In the Inquisition prison, Alyn learns she must choose between serving her captors against her own people or die. Meanwhile, Minna evades agents of the Inquisition and discovers her world is not what she believes it to be. To save her sister, she must master her spirit song, grasp her destiny and become the heroine her people need.

Spirit Sight by Ross Hightower is the first novel in the Spirit Song Trilogy. Mythic in scope, yet intimate and engaging, this is a story that will draw you in and won’t let go. Marshal Jake T. Devine’s law is simple. Nobody threatens him and lives. In his twenty-five years of law enforcement he’s always brought in his man with a bullet blasted between the eyes. So when Max Randall shoots his mouth off, claiming he knows a devastating secret about the wealthy rancher, Roy Cowie, he’s clearly spoiling for trouble – and gets it!

Roy Cowie calls in Devine to arrest Max and without provocation the brutal marshal slaughters Max’s entire family. In self-preservation Max heads for the hills with Devine and his deadly Peacemaker in hot pursuit. Even when Max gains an unlikely ally in Roy Cowie’s son, his chances of seeing another sunrise are slim.

Can Max survive long enough to reveal what he knows, or will the gun-toting marshal deliver yet another round of Devine’s law? 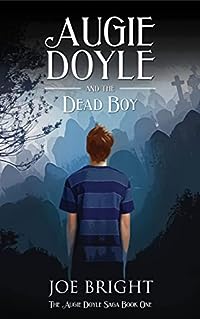 When Oliver falls off the Old Mill Bridge and dies, everyone thinks they’ve seen the last of him. Five days later, he shows up at school, but he’s changed. Yes, he’s alive but barely.

Is this the dawn of the zombie apocalypse? That’s Augie’s theory. But this plague only affects Oliver’s friends. One by one, as each friend’s health gets worse, Oliver’s health gets better.

Two of Oliver’s friends are also friends of Augie’s, and the plague is closing in. 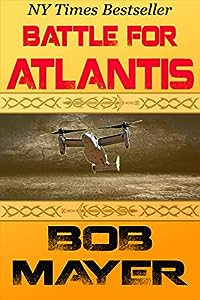 Battle for Atlantis: A Novel of Time Travel and Alternate Worlds
by Bob Mayer

Washington DC is laid waste. In Paris, the swastika flies from the Eiffel Tower. More than two billion are dead from the polar caps melting. This is the future former Green Beret Eric Dane, with the help of Amelia Earhart, sees through the mysterious gates unless they can prevent it.

Battles across time and space. Massacres and noble sacrifices. Creatures and events mankind considered legends are coming to life. All in one terrifying climax with the fate of the world hanging in the balance.

In 1863 Robert E. Lee leads the South’s last chance at victory over the North. The two armies meet at Gettysburg, neither side quite aware why they are drawn there. For the result of Pickett’s charge will not just determine the war, but the fate of the planet on a scale only a handful of priestesses from another time understand as they connect this battle with the Little Big Horn in 1876 and the Zulu territory in Africa in 1879 as British Forces prepare to face the Zulus at Isandlwana.

In the present, Dane must work with Earhart to make sure the massacres and deaths from those battles will not be in vain as they try to stop the dark Shadow coming through the gates from consuming our world.