Meet Charlie. Better known as “Aunt Charlie” from the award-winning Secrets of Redemption series. She’s back, making teas and solving cases in this funny, twisty, cozy mystery series set in the 1990s in Redemption, Wisconsin. 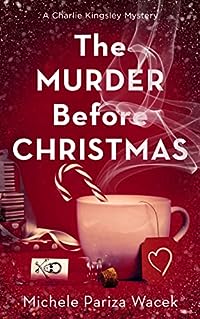 If you’ve got a problem, Charlie Kingsley probably has a tea that’ll help make it right.

EXCEPT when it comes to love. She does NOT do love potions.

Not even for Courtney, her pregnant new client who showed up three weeks before Christmas seeking a love potion because her husband was cheating on her.

So, Courtney asked about poison, instead.

She said she was joking. That’s what happens between wives and husbands. They get angry and talk about killing each other. They don’t really mean it.

It seems to make sense… until Courtney’s husband turns up dead on Christmas Eve.

He was poisoned, of course.

And who is the number one suspect? Courtney. Of course.

But did she actually do it? Or is she being set up?

It’s up to Charlie to sort through all the twists and turns in a case that gets more complicated the deeper she digs.

When Charlie agrees to accompany her friend Claire to her late grandmother’s reading of the will, she assumes she is simply there for moral support.

She doesn’t expect things to get so… strange.

It’s odd enough that it takes place over a weekend, but that’s just the beginning…
They also need to stay in Claire’s grandma’s supposedly haunted house with Claire’s estranged family.

Things get even worse when a huge storm snows them in. No electricity, no phone, and no way out.

Throw a dead body into the mix, and there’s no question it’s now the world’s worst family gathering. Ever.

At least Charlie brought lots of tea, which she’s going to need as she races to solve this closed-circle mystery before her friend’s dysfunctional family get-together results in anyone else being murdered. 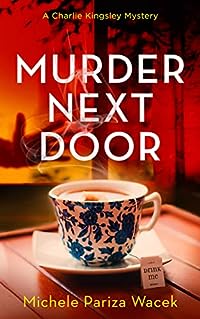 So when Mildred Schmidt, one of Charlie’s customers, is convinced that her next-door neighbor’s house sitter is actually a vampire, Charlie of course has to step in to see what is really going on.

What she finds is… disturbing. The house sitter DOES have some peculiar habits — like digging holes in the backyard in the middle of the night.

But then Polly, a local teenager, goes missing.

Of course, teenagers DO run away from time to time.

Less explainable is the dead body that then appears in the “vampire’s” yard.

Luckily, Charlie is hot on the case, and not a moment too soon as she races to not only find Polly, but to discover the killer before the bodies start to pile up.

Five friends went into the woods. Only four came back.

If something ails you, Charlie Kingsley likely has a tea to fix it.

So, when Charlie witnesses a young woman faint on the side of the road, she has no choice but to offer her services. (Along with a cup of her famous tea, of course.)

In no time at all, the young woman is back to normal, which is good news, as she’s about to go camping with her friends.

Charlie thinks that will be the last of it… so imagine her surprise when she gets a phone call that one of the friends is missing.

Is the friend simply lost? Or did something more disturbing happen?

Luckily, Charlie is not only on the case, but fueled with tea, as this will prove to be one of her most puzzling crimes to date. 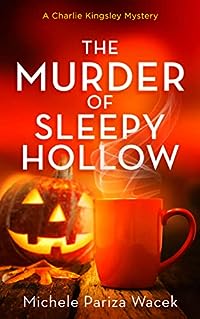 Unfortunately for Ike Krane, his parents had a wicked sense of humor.

So, early on, he decided to embrace his challenges rather than run from them, which is how he become a ghost hunter and ended up visiting Redemption, Wisconsin.

The problem — trouble seems to follow Ike just as it did his fictional predecessor.

First, there’s the sound of a horse galloping down the neighborhood streets at night, even though there’s never a horse to be found.

Then, Ike’s on-again, off-again girlfriend Kat arrives with an urgent message for him.

But before she can deliver it, a journalist shows up, accusing Ike of murdering Abe… Kat’s former lover.

Surely, Ike can clear all of this up.

And then, the journalist is found murdered.

And through it all, the sounds of endless galloping return, night after night.

Things definitely aren’t looking good for Ike, so it’s a good thing Charlie is there to get to the bottom of why a legend has seemingly come to life.